3 Things We Have Learnt So Far From The World Cup

Iceland’s dreams of replicating their Euro 2016 run to the quarter-finals came to an end with a 2-1 loss to Croatia, while France wrapped up top spot in Group C with a tepid draw against Denmark.

Here are three things we learned today at the World Cup. 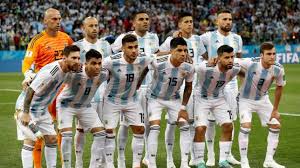 Argentina dug deep to rescue their World Cup hopes in a dramatic match against Nigeria, but were lucky to see their defensive deficiencies not punished more often.

Lionel Messi was inspirational and became only the third Argentinian to score at three World Cups with a majestic opening goal, but their defence was wide open for long periods and Odion Ighalo’s missed chance with the game level at 1-1 proved crucial.

But with five-time Ballon d’Or winner Messi anything is possible, and France will have to find a way to shackle the Barcelona star in their last-16 showdown in Kazan on Saturday.

Didier Deschamps and co will be quietly confident of picking apart Argentina, though, with it hard to see how goalscoring hero Rojo and Nicolas Otamendi will be able to stave off the pace and trickery of Kylian Mbappe and Antoine Griezmann.

Argentina fans will celebrate the brilliance of Messi, Rojo’s winner and the bravery of the bloodied Javier Mascherano, but it wouldn’t be a surprise if the win provides only temporary respite for coach Jorge Sampaoli and his team.


2 Croatia have strength in depth 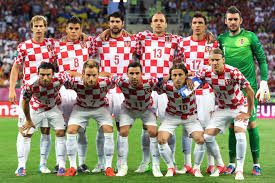 Zlatko Dalic’s men impressed in their 3-0 dismantling of Argentina, but they further displayed their title credentials with a 2-1 victory over Iceland to finish first in Group D despite making nine changes. Milan Badelj’s volley put Croatia in front, before Ivan Perisic’s last-gasp winner after Gylfi Sigurdsson’s equaliser from the spot.

With the likes of Fiorentina’s Badelj, defender Vedran Corluka and Real Madrid midfielder Mateo Kovacic not even in the usual starting XI, Croatia have plenty of strength in depth.

The 1998 semi-finalists may need it if they’re to go all the way, and they will be heavy favourites to see off Denmark in the last 16 and at least set up a quarter-final against either Spain or Russia. 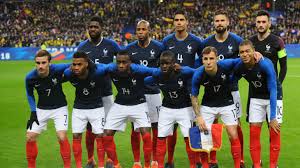 Deschamps’s France completed a successful Group C campaign with a goalless draw against Denmark to wrap up the top spot, but it was a third successive lifeless display in attack from one of the pre-tournament favourites.

Griezmann, who was the top-scorer at Euro 2016 as France lost to Portugal in the final, failed to even complete a pass to his strike partner Olivier Giroud on Tuesday, while Barcelona youngster Ousmane Dembele was ineffective and hauled off in the second half.

But France are more than capable of clicking into gear come the knockout rounds — five of Griezmann’s six Euro goals came after the group stage.

Deschamps is hoping that proves to be the case, saying that his side are now facing a “second competition” after “achieving their goal” in the group.
Sports world cup