4 interesting Facts You Should Know About Your Brain

on June 16, 2018
4 things you didn’t know about your brain
It is the central control unit of your bodies, and a repository of memories and emotions.

Some philosophers believe it even houses the soul. But what do we really know about the brain. 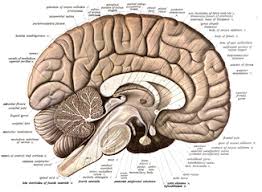 How big is the brain?

Brain size varies widely, depending largely on age, sex, and overall body mass. However, studies have suggested that the adult male brain weighs, on average, about 1,336 grams (that’s 1.3kg, around half the size of a newborn baby) whereas the adult female brain weighs around 1,198 grams.
In terms of dimensions, the human brain isn’t the largest. Of all mammals, the sperm whale — an underwater denizen weighing an impressive 35–45 tons — is known to have the biggest brain.
But, of all the animals on Earth, human brains have the largest number of neurons, which are specialized cells that store and transmit information by electrical and chemical signals.
Traditionally, it has been said that the human brain contains approximately 100 billion neurons, but recent investigations have questioned the veracity of that number.
Instead, Brazilian neuro-scientist Suzana Herculano-Houzel has discovered — by using a method that required liquefying donated human brains and turning them into a clear solution — that the number is closer to 86 billion neurons.

How ‘hungry’ are our brains?

Despite the fact that the human brain is not a very large organ, its functioning requires a whole lot of energy.
“Although the [human] brain weighs only 2 percent of the body [mass], it alone uses 25 percent of all the energy that your body requires to run per day,” Herculano-Houzel explained in a presentation.

And why does the brain need so much “fuel?”

Based on studies of rat models, some scientists have hypothesized that, while most of this energy is expended on maintaining ongoing thought and bodily processes, some of it is probably invested in the upkeep of brain cells’ health.
But, according to some researchers, at first sight, the brain, seemingly inexplicably, uses up a lot of energy during what is known as the “resting state,” when it is not involved in any specific, targeted activities.
How much of our brains do we use?
One long-circulating myth has it that humans typically use only 10 percent of their brain capacity, suggesting that, if only we knew how to “hack into” the other 90 percent, we might be able to unlock amazing abilities.
The idea that we only use 10 percent of our brains is a myth. Actually, we use most of our brains pretty much all of the time.
While it remains unclear exactly where this myth originated and how it spread so speedily, the idea that we could somehow tap into as yet unclaimed brain power is certainly a very attractive one. 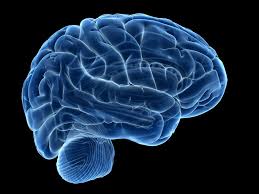 Are you right-brained or left-brained? Any number of Internet quizzes will claim to be able to assess whether you predominantly use the right or left hemisphere of your brain.
And this has implications about your personality: allegedly, left-brained people are supposed to be more mathematically inclined and analytical, while right-brained people are more creative.
But how true is this? Once more the answer, I’m afraid, leans toward “not at all.” While it is true that each of our hemispheres has slightly different roles, individuals do not actually have a “dominant” brain side that governs their personality and abilities.
Instead, research has revealed that people use both of the brain hemispheres pretty much in equal measure.
Article Sport News