on June 07, 2018
President Muhammadu Buhari yesterday announced the cancellation of May 29 as the country’s annual Democracy Day, replacing it with June 12.

The President argued that June 12 1993 — the date of the election popularly adjudged to be the freest and fairest in Nigeria’s history — “was far more symbolic of democracy in the Nigerian context than May 29 or even October 1”. 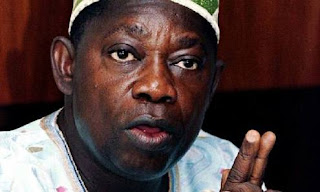 Similarly, he announced that MKO Abiola, winner of the annulled election, will be posthumously awarded the highest honour in the land, GCFR, as part of the next Democracy Day celebration next Tuesday, while his running mate, Ambassador Baba Gana Kingibe, is also to be invested with a GCON.

The President also said that “the tireless fighter for human rights and the actualization of the June 12th elections and indeed for democracy in general”, the late Chief Gani Fawehinmi SAN, is to be awarded posthumously a GCON.

However,  users of social media have reacted to the new development.  Some of the reactions include :

“Even if he’s bribing us, he’s just done it legitimately. This one better pass distributing dollars in SW palaces.” — Nigeria

“So how does this actually help the country?” — Lois Uloko

“Desperate ways to assuage the west and trying to curry the favor of pro Gani activist, but it's won't work Baba Nigerians are tired go home VOTE#Dankwambo2019.” — Titilayo Adebayo

“If you like try and use this to bribe us, when it is time we will vote you out.” — Nwani Ebube

“General Buhari, you are truly God sent. No amount of hatred can’t stop your destiny to rule over Nigeria until 2023.” — Black Dove

“Nice initiative from the president, but that won't stop us from voting you out come 2019, so you can celebrate it in Daura with your lovely wife and family Insha Allah.” — Faruk Sadiq

“Finish all your propaganda but we will use our PVC and vote you out ...yes.” — Halima Muhammed

“If you like declare the whole month of June as public holiday, it would not stop me from voting you out of the presidency come 2019 so stop your game.” — Alheri

“Buhari it’s too late. Stop attempting to play on our intelligence and emotions. As election season nears, it's now you remember to give Abiola a deserved reward on paper. It won't buy you a southwest vote, ok.” — KennBest

“Good political move to appease the SW as the election draws closer...will they take the bait? we shall see, abeg make I go refill my popcorn, it's getting too scarce now since the showdown between Nass and the executive branch lol.” — Tony Z

“Buhari too late whatever you will do you are not coming back.” — Hadiza Yusuf 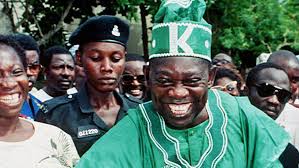 “Election gimmicks to woo the Yoruba. I think PMB has realised that he has crossed the red line, and he is likely to lose next election.” — @LadokeD

“The old man is hungry for power, hope we will not wake up and hear Buhari declaring Dec 25th another democracy day.” — @EngrBarth_Sam

“This is will not translate to winning the heart of SW.” — @nzerichltd

“Let us give honour to who and what is due. Buhari is about to do the right thing.” —@Olukolade3

“Nice one! It's nice to remember our past heroes.” — @Ya_Saddiqu

“Baba PMB @MBuhari thanks for being truthful only those you blocked their illegal means of acquiring wealth are not happy with you. PMB all the way till 2023 then I will become Senate President.” — @Owolanre1

“Great, but this antic will not fry boli.” — @AladeokinBunmi

“If you like, declare December 25th as Christmas Day, you'll still lose next year's election.” — @Raw_Diplomat