- Nkaheza Joseph was admitted to hospital with serious head injuries - 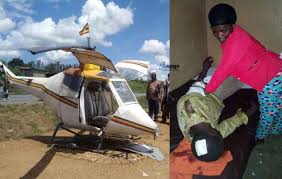 This was not the first time he crash-landed his plane while trying to take off - His locally made helicopter named after its owner uses petrol instead of jet fuel Nkaheza Joseph is the first Ugandan to ever invent a plane that can actually take off.

But it has not been an easy journey. The aircraft christened Nkaheza is yet to fly and land safely.

A few attempts to fly the aircraft have only landed its pilot in the hospital and with life threatening injuries. 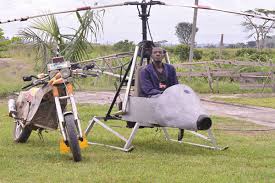 According to Sudhir Byaruhanga, a Ugandan-based journalist privy to the ambitious project, Joseph was rushed to hospital after he crash-landed his locally made helicopter while testing it.

"He suffered head injuries. He crashed during the testing of his plane along a certain road," Byaruhanga tweeted on Tuesday, June 5. It was gathered this was not the first time Joseph suffered serious injuries after crash-landing his plane.

There is something else you should know about the Ugandan made plane. It uses petrol instead of jet fuel. 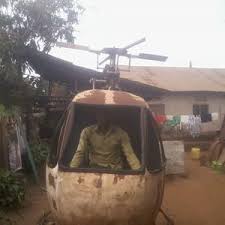 Its inventor is hopeful one day his big dream will come true. "He needs little help to achieve his dream," Byaruhanga said. The Ugandan inventor is also renowned for his self made 12-feet motorbike called Rubarusimo, which reportedly uses steam instead of petrol.
News