Appointment Got Obasanjo To Office In 1999 - Abiola's Daughter

on June 10, 2018
A daughter of the late MKO Abiola, Tundun Abiola, on Sunday said it was not by election that former President Olusegun Obasanjo got into office. 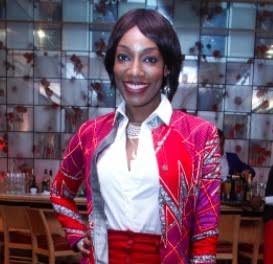 She believes that the former president was appointed by the then military regime to compensate the people of the South-West region for the death of her father – the presumed winner of the June 12, 1993 presidential election.
“Obasanjo was appointed the president, he was not elected president. We did not have any election in 1999, we had a coronation,”
She made the comments in reaction to the declaration of June 12 as the new Democracy Day and the posthumous award of GCFR conferred Abiola by President Muhammadu Buhari.
Tundun, a UK trained barrister commended the development which she said was appreciated by her family after a long struggle.
She, however, criticised former President Obasanjo for failing to recognise her late father for his contributions to the nation’s development.
The lawyer stressed,

“When you know you were not elected, you know you were selected and just appointed president by the military, it is galling for him to have acknowledged a democratic process.”
“President Obasanjo and my father had a relationship then; so what happened in their lifetime continued even after my father was dead. He cannot bear the idea of Moshood Abiola – so he did not do it,” she claimed.
News politics