Men, Check Out The Legal Implications If You Divorce Your Wife

on June 16, 2018
Flee from any woman that request for Registry Marriage.

The issue of sharing of properties cannot come in except the wife claims that as a relief in her answer to the petition for dissolution of marriage.

The law assumes that settlement of property and maintenance is an ancillary relief which a man owes his wife if he files for divorce. 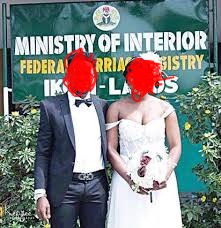 For example a man file for divorce after 20years of marriage to his wife.

The law assumes he's the one filling for divorce after she has given him 20 years of her life. She may even throw in how she supported him(even if it's not financial support) and performed wifely duties to him.

The law assumes the man can't leave her with an uncertain financial future (I still don't know whether this implies if the woman is rich.. didn't see anything like that though) after she spent two decades building his.

If she claims for settlement of properties in the marriage, the judge usually would look at the circumstances of the case and facts supplied to reach a decision on what to give her.

Judges have a wide discretionary power to settle matrimonial properties as it deems just to do so.

The judge has a discretion to award reliefs sought by parties in a divorce proceeding, according to the facts and circumstances of the case at hand. 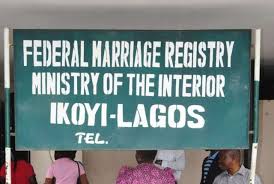 If she specifically ask that she shares in the matrimonial properties and the facts and circumstances makes it justifiable that she does deserve a share, the court will order that.

The law doesn't care about who owns what or what anyone brought into the marriage.

The court can order settlement I. e share any property belonging to any of the parties on the request of the woman.

The law assumes when the partnership finally end, nobody leaves empty handed except the woman didn't specifically ask for anything.
Article