on June 25, 2018
. The rate of suicide and attempted suicide suicide in Nigeria has finally gotten. To an alarming level.

Few weeks ago,  It was  the case if a woman who parked her vehicle on the third mainland bridge and jumped inside the Lagoon. 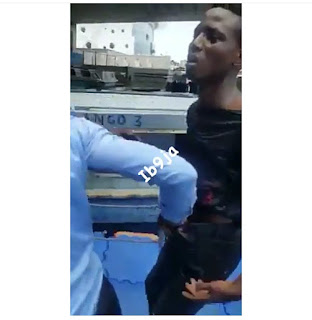 However yesterday, it was the case of a student of Lagos State University identified as kingsley Gabriel who jumped into the lagoon from the popular lagos Falomo bridge in a bid to end his life.L 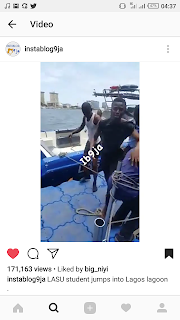 According to him, the student was quickly rescued from drowning in the water by LASWA rescue officials who responded swiftly to the incident, jumping into the lagoon to prevent him from drowning.

The incident which occurred at about 11am on Monday was immediately controlled  by officials of Lagos State Waterways Authority LASWA .

Gabriel was later taken to the Falomo police Station where he is currently being interrogated as to why he took the deliberate decisions to end  his life.

See the video below: