on June 16, 2018
As a rule, it is important that you consider the fatality rate of any job before you start doing it. Some jobs are very juicy and the pay is awesome, but risk is high and people die easily on the job.
Although it is good to have a juicy job, but does the job worth giving your life for? This is the question you should be asking yourself while choosing a career path.
It is a fact that every job has its own level of risks. But if you are doing any of the 15 most dangerous jobs, every day is life threatening.
The deadliest jobs in the world are;

After reading this article, you will have to reevaluate your career path and think if it worth it. 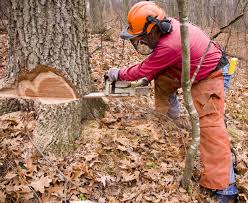 Logging top the list of the most dangerous jobs in the world. Although it may look simple but it has the highest fatality rate. Falling of trees itself is dangerous and the equipment used for falling these trees made logging the deadliest job in the world.
Despite the high safety standards set for the job, logging workers are always faced with life threatening accidents on daily basis. Sometimes, trees fall on loggers, they fall from tree branches, and in some horrible cases, sawing machines may saw human beings instead of log.
Furthermore, they are always alone in the thick forest sawing log. In fact, logging is not only dangerous but very tedious and  back-breaking.
Most times, when you see a retired loggers, they will either have lost limb or arm. 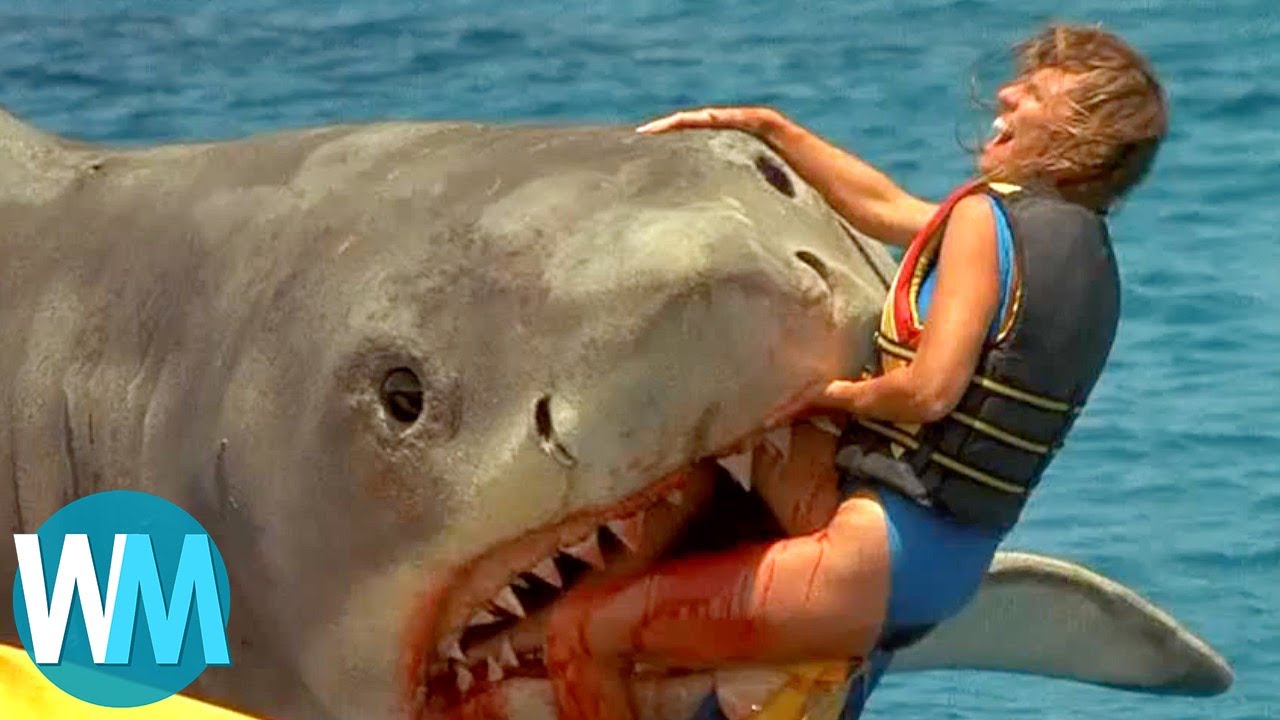 Deep sea fishing is also among the 15 most dangerous jobs in the world. Deep sea fisher men have high risk of fatal accidents. They always face life threatening situation regularly.
An average of 24000 fishermen lost their lives around the world annually. They are constantly exposed to different aggressive, wicked and carnivorous sea animals.
Outside marine creatures’ attacks, they are also faced with terrible conditions like; long night out on high sea, freezing temperature, storms, etc. The most scaring aspect of being a deep sea fisherman, is that you may be faced with a danger that has no remedy. 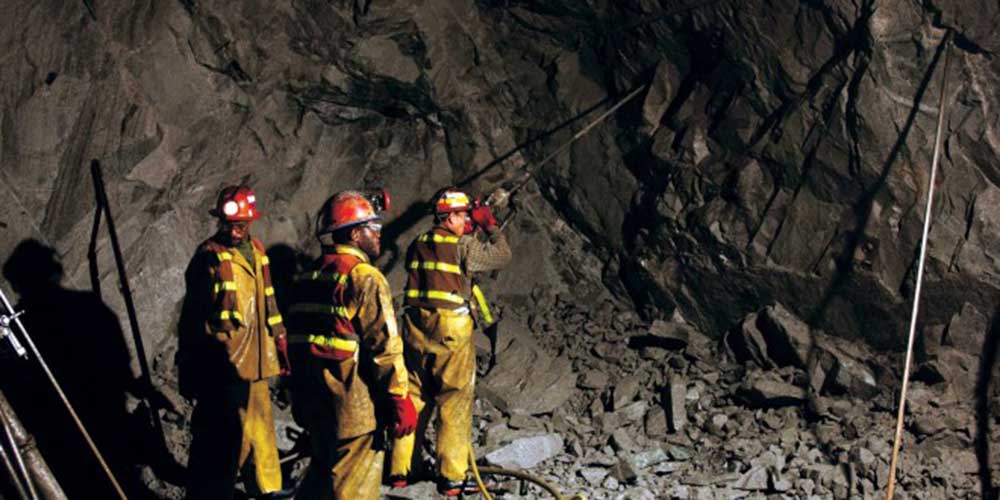 You don’t need a soothsayer to know that the health challenges of Mining profession are alarming. The risk factor of this job is so high that miners are always on emergency breathing device in case of disaster.
Outside Cave-Ins and explosions, miners face other invisible dangers. Some of them are; Carbon Monoxide, Methane gas etc. The work condition of miners is very toxic and many chronic health conditions are linked to it.
Although mining career pays well, but does the money worth your health? This is the question you should ask yourself before starting a career in mining.

Every child that has ever gone to the airport wants to be a pilot or aircraft engineer. Have you ever told them of the fatality rate?
For passengers who travel by air once in a while, air travel is the safest means of transportation. However, those who air travel is their profession, their lives is always on the line.
The reason why the job is among the 15 most dangerous jobs in the world is because of the high fatality rate associated with job. And whenever there is an aircraft accident, the possibility of survival is very low.
If you have ever met a pilot, you will understand what I mean. They live every single moment of their life fully as if it is the last moment.
Well, among all the dangerous jobs in the world, Pilot pay is arguably the highest. This is why people still choose the career path, despite the risk factor.

Of all the dangerous jobs in the world, I always admire Fire fighting services. It still puzzles me the passion every Fire fighter has for his job. They are the only people that bravely approach a scene of disaster that everybody is fleeing from.
The risk in firefighting job is very high. Fighting flames in the fire, rescuing people from burning building, ship and aircraft requires a high level of physical and mental strength.
Sometimes, Fire fighters are trapped in the course of putting of a fire or trying to rescue a fire victim. They are heroes who always put their lives on the line to save others.
However, they are always prone to respiratory ailment which is due to excessive inhalation of smoke during fire fighting operations.

#6 Armed Forces (Army, Police and Others) 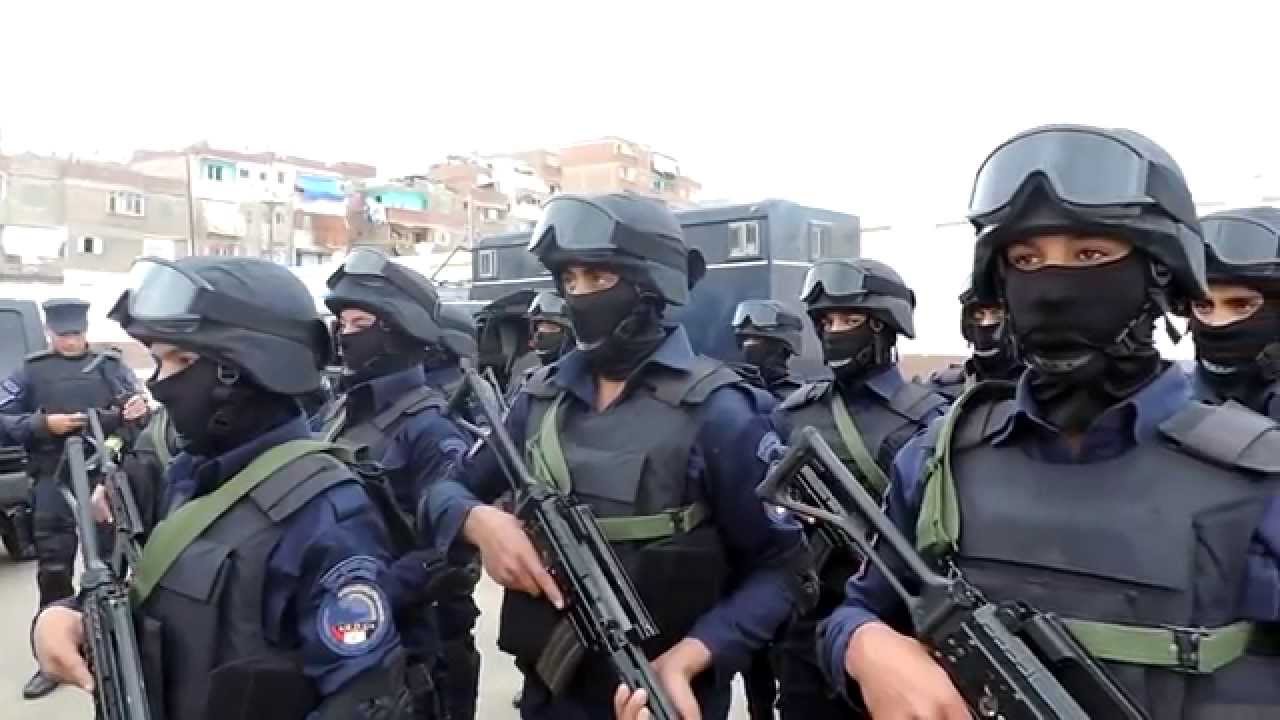 Armed Forces is also among the list of 15 most dangerous jobs in the world. It used to be the most dangerous job in the world. However, with drastic reduction in the level of patriotism among some Armed force personnel, it drops from to number 6.
Working with any security or armed force agencies is actually life threatening. They always put their lives on the line in the quest to securing lives and properties of the people.
Most times, they are always target for criminals in any robbery operation. In cases of war, they are always on the vanguard trying to maintain law and order. In doing this, they always put their lives on the line.

This is another dangerous job that looks simple. On daily basis, these dispatch riders face different risks while carrying out their duties.
Dispatch riders are often victims of accidents, robbery and other violent crimes. So, when they deliver a parcel or any other item to you, always treat them well, if possible give them tips.

This is another dangerous jobs that are prevalent in underdeveloped or developing nations. This type of job is widespread in Africa, especially in busy commercial cities.
Teenagers doing this business face different type of risk ranging from being crushed by vehicles and other untold risks. Some wicked people take advantage of little girls who are into this business.
Although, express way hawkers make more money than their counterparts who sell in shops. But the risks involve is enormous. 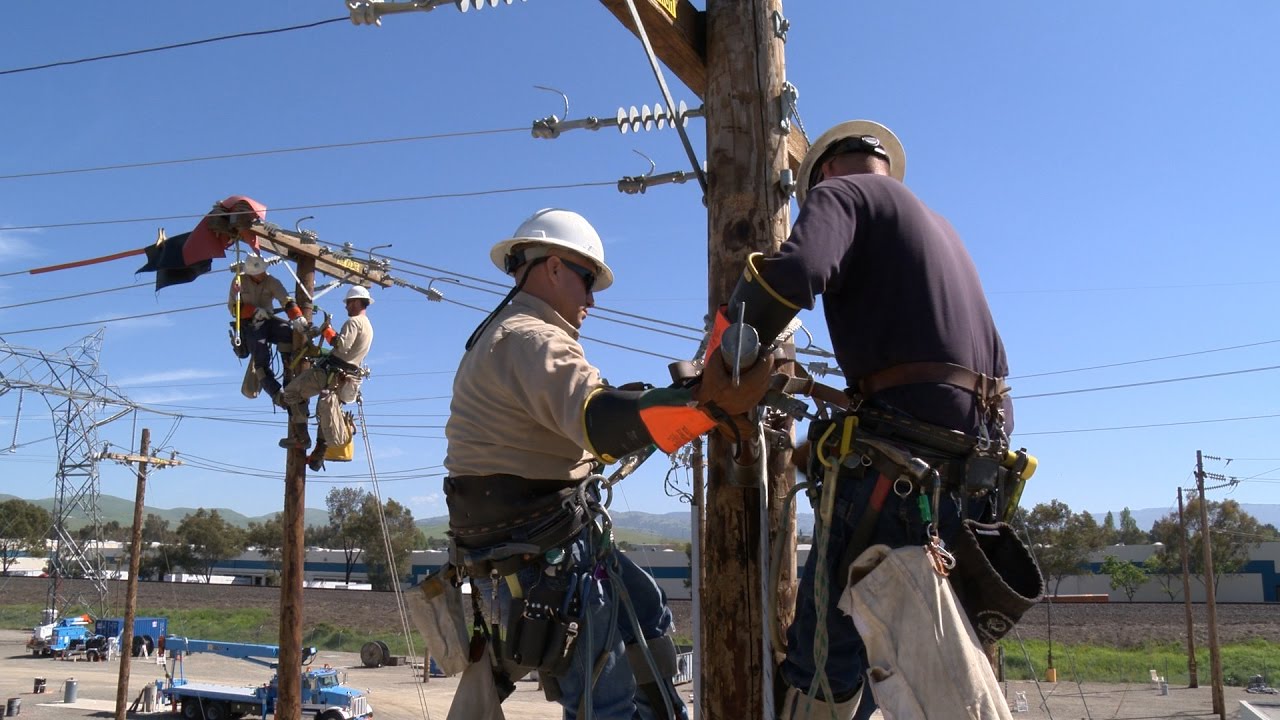 This is another dangerous job most people aren’t aware of. On daily basis, a line man or electrical power worker loses his life.
Every lineman or electrical power personnel faces two major risk on daily basis. The risk of being electrocuted and that of having a deadly fall.
I have witnessed a situation when an electrical worker was working on a faulty transformer, but didn’t come out of the transformer alive. Line men that work on telecommunication mast face the highest risk.
A recent report unveils that the risk factor on linemen and electrical power worker has increased drastically. And the fatality rate has increased by about 18 percent.

This is another job on our list on 15 most dangerous jobs in the world. People who are doing this job are exposed to all sorts of hazardous materials.
They deal with the worst things in the society and face the risk of contacting different communicable diseases every day. For those in recycling units, they have higher risk of having respiratory illness. This is due to the toxic chemicals that they face on daily basis.
Also, those that are involved in road sweeping also face the risk of accident. They are crushed by vehicles every now and then.

Body guards and armoured car drivers face great risk on daily basis. Depending on the country you are doing this job and who you are guiding, you may be putting your life on the line.
You will always be the target of Armed robbers, hired assassin and other felonious activities. Furthermore, the risk of driving armoured car is very high as armoured car drivers are the first target when robbers attacked the vehicle.

This is another dangerous job that people do. Whenever we visit the zoo and game reserves, we always enjoy the view of wild life. However, we wouldn’t have been able to see them if people didn’t capture and tame them.
Without an iota doubt, capturing and training predators like lions, elephants, crocodiles, snake, killer whales, isn’t an easy task. Considering the fact that these animals are very dangerous and always looking for prey to devour.
No matter how far animal capture professionals tame a predator, they will always unleash the cannibalism in them.
We have heard of several incidences happening in Nigerian Zoo. Either the lion disappear without the knowledge of the attendant, or the lion attack and devour the attendant. 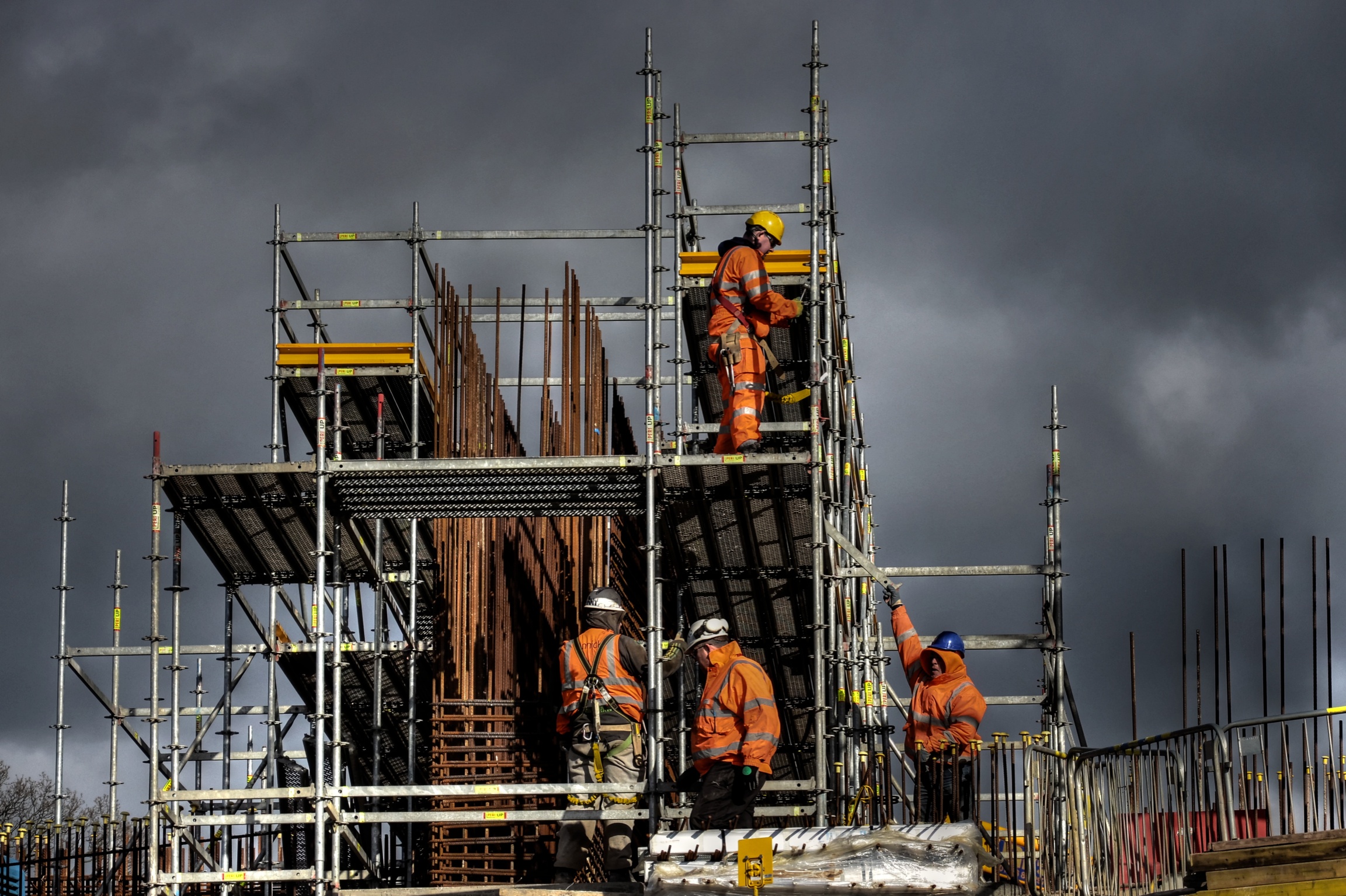 Construction work is also very dangerous. It is rated among the 15 most dangerous jobs in the world. From roofing, carpentry, high-rise mental constructions, building bridges, setting telecommunication masts, are all under this category.
When it comes to this job, safety is not always assure. For instance, roofers are exposed to extremely high temperature, which is not good for their health.  Even, with the different safety measures and standards in the industry, fatal accidents happen on daily basis.
There are instances when construction workers slip from their ladders that is thousands of feet above the ground. Also, they may fall from roof tops and sometimes sustain great injuries.

Driving of truck and heavy duty vehicle is another dangerous job. Those that ply the road frequently, the risk factor is very high. These drivers always convey great amount of goods across the country.
Most times, truck drivers prefer driving at night because that is when the road will be relatively free. Most people believe that truck drivers are diabolical and have the ability to appear in case of accidents.
So, these are the 15 most dangerous jobs in the world. Don’t just consider money in making your career decision, consider the risk factor as well.