The Nigerian Custom Officers at the boundaries of Kano state had at yesterday shot a man traveling from Kano to Bauchi in the leg.

According to information gathered online, the driver was shot in the leg following a heated argument with Customs officials at a checkpoint in Bauchi.


The argument was reported to be about a fee which the driver was told to pay but refused as he disagreed with them.


In the course of the argument, the man was shot in the leg.He was later rushed to the hospital where he was treated and is said to be recuperating well.

Check his pictures below: 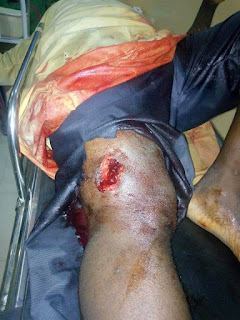 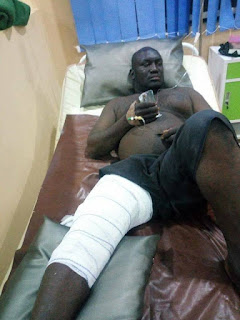 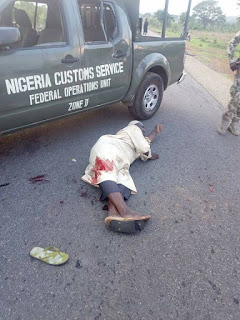