A former member of the House of Representatives, Opeyemi Bamidele, has been flown to the United Kingdom for further treatment.

Our correspondent learnt that he was flown in a private jet belonging to a former Governor of Lagos State and National Leader of the All Progressives Congress, Bola Tinubu, on Friday night after receiving treatment at Euracare Multi-Specialists Hospital on Victoria Island, Lagos.
Bamidele and five others were shot at a reception rally organised for the All Progressives Congress candidate for the forthcoming Ekiti State governorship election, Dr. Kayode Fayemi, at the party’s secretariat in Ado Ekiti on June 1
He was flown to Lagos last Sunday in an air ambulance after doctors at the Ekiti StateUniversity Teaching Hospital, Ado Ekiti, extracted two bullets from his abdomen and leg. 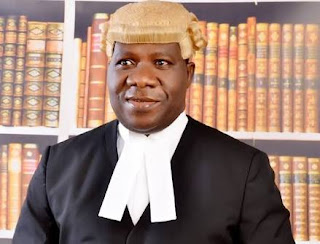 A source told our correspondent on Saturday that Bamidele was flown to the UK on the insistence of Tinubu that he be exposed to treatment in line with best global practice. Recall that Bamidele served as a Commissioner for Information
and Strategy under Tinubu.
“He (Bamidele) had started cracking jokes at the Ekiti State University Teaching Hospital, Ado Ekiti, where a surgery was performed on him before he was flown to Lagos for further treatment,” the source said.
Bamidele’s media aide, Ahmed Salami, confirmed that his principal has been flown abroad for “post-surgery management”. He also dispelled the rumour that Bamidele was flown abroad because of fears over his health.
He (Bamidele) is fully stabilised, so there is no cause for alarm. He only went abroad for a post-surgery management and to get prepared for the task ahead. He actually walked into the plane.” 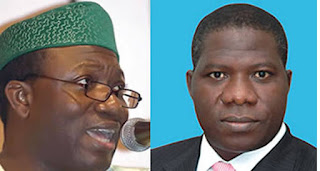 There were also indications that the riot policeman that fired the shots that injured Bamidele and the politician he escorted from Lagos were still in police custody.
Our correspondent gathered that the Police in Ekiti have concluded the orderly room trial of the policeman said to be serving with 20MPF in Lagos and that he
would soon know his fate.
The Police Public Relations Officer in Ekiti, ASP Caleb Ikechukwu, confirmed this to our correspondent in Ado Ekiti.
He said, ‘We have concluded the orderly room trial but there is a laid down procedure to follow. At the appropriate time, the public will know about it.”
Ikechukwu said the policeman was still recovering from the injuries he sustained when the mob lynched him.
He also confirmed that the unnamed politician was still in the custody of the police and would be charged to court as may be necessary for illegally engaging the services of the policeman.
Meanwhile, loyalists of Bamidele have said the shooting of their principal won’t derail their focus of actualising the victory of the APC in the July 14 election.
They pledged their commitment to the success of the APC governorship candidate, Dr Kayode Fayemi, in the election.
Labels: News politics