Father of Two Rapes an Hawker in his Shop

on June 09, 2018
A father of two has been arrested by the Nigerian Police for raping a 13 year old hawker. 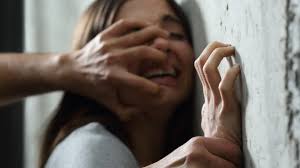 The victim, a primary six pupil, had reportedly sold N50 groundnuts to Ukemezie last Monday and was about to collect the money when the suspect allegedly dragged her into his shop and raped her.

The teenager, who lives with her grandmother in the neighbourhood, went hawking that day around 4pm after she returned from school to raise part of her N5,000 school fees balance.

She was said to have returned home crying and narrated the incident to her aunt who made a report at the police station.

The aunt, Blessing, said the family had been enduring difficult times lately which forced her and the girl to engage in hawking in order to sustain the family.

She said the victim’s mother died after delivery and was living with her father in Abuja until last year when she relocated to Lagos after the father lost his job.

Blessing said her niece gave a vivid account of the incident at the police station but the man denied committing the crime, adding that he later admitted to have only made an attempt to rape her.

The Lagos State Police Public Relations Officer, SP Chike Oti, said the case had been transferred to the gender section of the police command in Ikeja for thorough investigations. He said;

“We are not adopting any report given to us. We are reopening the case. The girl had been taken to Mirabel Centre, but the gender section is now handling the case.

The girl will be subjected to appropriate medical tests to seek a second opinion.”