A huge crowd gathered at Ndola Central Police Station after a girl of Masala township in Ndola, Zambia who was believed to have died two years ago walked back to her parents’ home on Sunday. 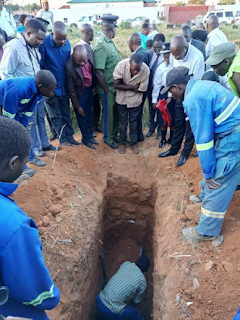 Her parents say the girl identified as Winnie Lufunja died after an illness and was buried at age 17.
The parents narrated that the body of their late daughter even went through a church service and body viewing before it was burie
Winnie was buried three days after her demise on November 12, 2016 in grave number 73, according to the Ndola City Council books.
Her bones are still there, according to the findings of an exhumation done on Monday, along with the blue blanket, bottle and other items that her mother identified.
The parents have also submitted 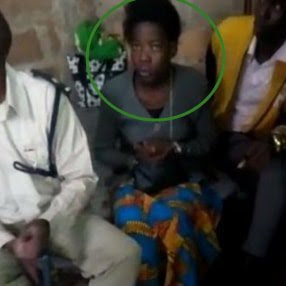 the death certificate and birth certificate to the police to help establish the truth.
The parents and the “resurrected” Winnie are currently at the Police station, awaiting a DNA test to confirm if she truly returned from the dead.
Labels: News