HILARIOUS: See What This FRSC Officer Did To Stop A Motorist

on June 20, 2018
A Federal Road Safety Corps (FRSC) official belonging to the Nasarawa State Branch decided to go extra mile in carrying out his duties.

The FRSC official had to climb on the moving vehicle in order to stop the driver who refused to halt his vehicle at the checkpoint.

An eyewitness, Torkuma Gabriel who took pictures of the officer in action – said that the incident happened in front of Nasarawa State University in Keffi.

Check out pictures from the scene below: 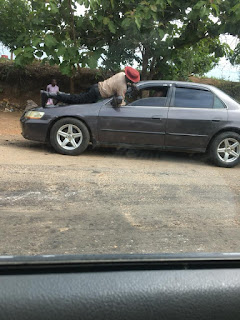 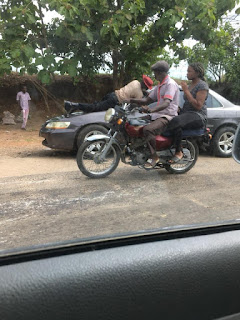 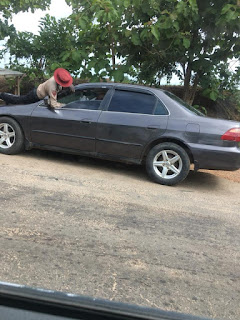