on June 15, 2018
Rashidi Ladoja, a former governor of oyo state under the people's Democratic Party PDP on Friday said he was not worried by the ongoing suit instituted against him by the Economic and Financial Crimes Commission, adding that he would not refund any money to the anti-graft agency because he did not steal while in government.
The EFCC took Ladoja to court over alleged misappropriation of state funds while in office between 2003 and 2007.

When the case was recently reopened, the EFCC investigator, Abubakar Madaki, who testified against the former governor at the Federal High Court in Lagos, said while in office, Ladoja instructed that N6.6bn worth of shares belonging to the state be sold at discounted rates without the approval of the state executive council.
Madaki alleged that the money went into private pockets. However, Ladoja denied the allegations.
He said, “It was true that I did not return any money to the purse of the anti-graft agency because I did not steal state’s money. Why would I refund money when I did not steal any money? I am not bothered. It is true that EFCC said I didn’t refund money. This is because I did not steal any money.
“The man said Ladoja has not refunded any money and he didn’t say the amount Ladoja has stolen that has to be refunded. He said EFCC has recovered money from other people but it has not recovered any money from Ladoja, so why must I be worried? I have not refunded any money as he said. As far as I am concern, there is no case there.” 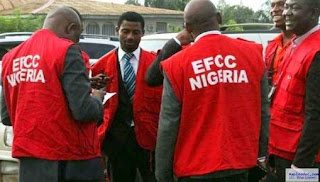 Ladoja, who last year made his way back to the Peoples Democratic Party, also gave hint that he could leave the party again, citing differences between his group in the Oyo State chapter of the party and the National Working Committee over the formation of the state executive.
He said his group had given the NWC a seven-day ultimatum to address some of the issues he had raised.
“If I voluntarily went to the PDP and there was something I believed that were not doing the right way, there is no need for me to stay there. We don’t want the situation that a congress that was done correctly will now be set aside. The stakeholders in Oyo State have decided that if the impunity continues after the seven days ultimatum, we may take our leave.”
News politics