"I Don't Get Excited With Girls Twerking On Stage" - Patoranking

Singer Patrick Okorie, aka Patoranking, has performed on a lot of stages around the world. Every time he performs, it is almost certain that there would be female dancers with him on stage.

However, the Suh Different singer has said he doesn’t get excited about such acts. He said, “Whenever I am on stage, it is all about music for me and I give my full concentration. As a performer, whenever I mount the stage, it’s like someone else takes over. 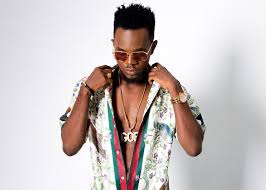 Girls, dancing with me on stage, are a part of the performance; so, I don’t get carried away. One has to be professional at all times, otherwise you would fumble. The dancers are also professionals; they know what they are doing.”


And when asked if there is any special woman in his life at the moment, Okorie said, “Right now, my focus is on my music and advancing my career.

By the grace of God, I have been very busy lately; travelling from one place to another. I practically don’t even have time for myself because I still have a long way to go.”

Taking a trip down memory lane to the beginning of his career, Patoranking said, “To be candid, it wasn’t easy. I really went through a lot and suffered rejection before getting to where I am today. 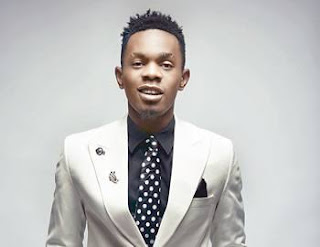 As a matter of fact, I started as a dancer and I used to perform at carnivals; I also won several awards. There is no such thing as overnight success. You have to work hard for whatever you want because nobody would hand it over to you on a silver platter.

Before I became very popular, I was quite prominent in the underground scene as I used to perform at a lot of shows and collaborate with other artistes.”


Speaking on what drives his artistry, the singer said, “I like to speak for people who don’t have a voice. I grew up in the ghetto and I know how tough life can be.

I make sure that I don’t forget that by shining light on pertinent issues. I also like to touch on diverse issues and if you listen to my songs, you would agree that I cannot be confined into a box.”