I Killed OOU Student And His Girlfriend - Cultist

on June 23, 2018
Adebisi Oriade also known as Oh Dollar and his girlfriend were declared missing in May before they were found dead in the bush.

According to reports, Julia, a Diploma student had reportedly gone on a date with her boyfriend Adebisi who was a 300-Level Computer Science student and that was the last anyone saw or heard of her. 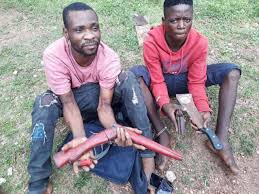 Now their killer identified as 29-year-old Muritala Babatunde has confessed to killing the lovebirds and disposing their bodies in the bush before packing their car where it was recovered.

While being paraded on Friday, June 22, Muritala was caught with the deceased iPhone X and two pairs of canvas shoes, said Oriade, who was a “Yahoo boy” and a member of his confraternity, was giving money to a rival cult group. 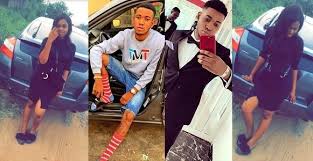 He also said they did a deal and got a huge sum of money but the deceased refused to give him his cut despite all his moves.
Muritala revealed that himself and his friends identified as Rasak Taiwo aka IKU (Death) and Sodiq abducted Oriade and his girlfriend on 28th of May, 2018 at about 11pm.

They were taken to the bush along Ijebu-ode Awa/Ibadan expressway where both of them were killed.

He then took his iPhone and two pairs of shoes from him and thereafter abandoned the car at the expressway, having dumped their lifeless bodies in a bush at the back of uncompleted building where they were murdered.
News security