I Wanted Liverpool To Win The UEFA CHAMPIONS LEAGUE - Messi

on June 10, 2018
Barcelona and Argentina star Lionel Messi has revealed he was rooting for Liverpool to beat Real Madrid in the final of last season’s UEFA Champions League. 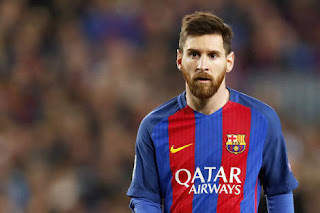 Barcelona’s rivals Madrid beat Liverpool 3-1 in Kiev, Ukraine to win the competition for a third successive year and a record 13th title.

The Catalan giants were knocked out in the quarter-finals of the competition by Roma in dramatic fashion.

When asked who he backed to win the final, Messi replied:”I want to win. What the other teams do doesn’t interest me,” he told Sport.

“As a Barcelona player, and when we’re not [left] in a competition, I never want our main rival to win. But, first of all, I want to win myself.”

And when asked if he watched the final, the five-time FIFA Player of the Year stated he only saw highlights due to time difference. 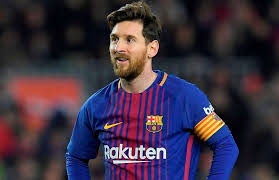 “Just bits, to be honest. Not because I didn’t want to but because we were in Argentina and the time isn’t the same.
“I saw the highlights and everything that happened.”

Messi and his Argentina teammates are already in Russia ahead of this year’s FIFA World Cup.
They are drawn in Group D with Nigeria, Croatia and Iceland.
Sports