The Senate President in trouble??? 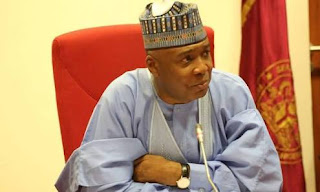 The Nigerian police force has on Sunday June the 3rd 2018 issued out a summon ordering the senate president of the Federal Republic of Nigeria Bukola Saraki to appear before its panel on Monday June the 4th.

In a press statement issued out Sunday,  the police had invited both the Senate president and the governor of kwara state Governor Ahmed as their personalities have been linked to the bank robbery which took place in offa area of the state few months back . 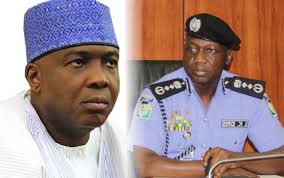 “The investigation into the Offa bank robbery and gruesome killings of more than 33 Innocent persons in Offa, Kwara State, on April 5, 2018, directed by the Inspector General of Police, IGP Ibrahim Idris, has made significant progress, successes and more revelations have been recorded".

“The gang leaders and some of the principal suspects arrested for their active participation in the robbery and the killing of innocent persons have made confessional statements admitting to the various criminal roles they and their sponsors played in this dastardly and heinous crime.
“The five gang leaders, including Ayoade Akinnibosun, Ibukunle Ogunleye, Adeola Abraham, Salawudeen Azeez, Niyi Ogundiran and some of the other seventeen suspects arrested for direct involvement and active participation in the Offa bank robbery and the gruesome killing of 33 innocent persons

which includes some pregnant women and nine police personnel, admitted, confessed and volunteered statements that they were political thugs of the Senate President, Senator Bukola Saraki, and the governor of Kwara State, Alhaji Abdulfatah Ahmed. 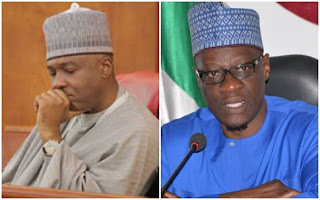 And in the light of the allegations made against these political BIGWIGS,  the Department of state security DSS has withdrawn it's men from the Senate president and speaker of the house of representatives.
News