A Nigerian, Paul Akinnuoye, has been jailed for life for stabbing an autistic teenager, Jordan Wright, to death after a Whatsapp argument of who was least gay.

The Metropolitan Police, on its website, stated that the 20-year-old traded gay insults with 19-year-old Jordan Wright in a WhatsApp group called ‘Ice city boyz.’


Akinnuoye called Wright a “batty boy” and he retorted, “On your mum’s life, I’m straighter than you.” 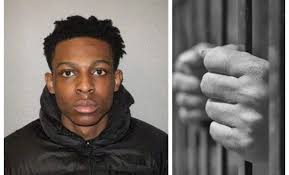 The argument led to the pair agreeing to a fight in Shooters Hill, South-East London.

They were said to have headed into a nearby park, with the teenage victim unaware that Akinnuoye was armed with a kitchen knife.


The college graduate, who was due to start an apprenticeship in the construction industry, died after being stabbed in the chest.

The police were said to have been originally called around 8.10pm on April 19, 2017, to reports of a stabbing on Hervey Road, at the junction of Begbie Road.

On arrival of officers and the London Ambulance Service, Jordan was found to be badly wounded. He later died in a hospital.


ITV News reported that at the sentencing, Wright’s mother, Katharine Alade, described her son as a “happy, loving, thoughtful but solitary child.”

She said, “Due to his autism, Jordan was not realistic and did not understand the complexities of life and what was going on.

“He did not fully take on board the dangers on the streets these days.”


She described the impact of “one moment of madness,”saying, “There is not one day when I don’t shed tears.”

She revealed that the trauma caused by her son’s death had left her feeling so distressed that she had contemplated suicide.

His father, Neville Wright, added that his son was just “trying to find himself.”

Judge Philip Katz, QC, said, “This is another family devastated by the untimely death of a young man stabbed to death in public. 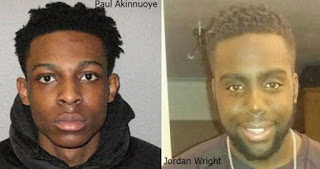 “The trigger for this murder was an utterly trivial dispute on a WhatsApp group chat which involved you, Jordan and others.”

The British Broadcasting Corporation reported that the judge condemned the defendant’s friends on WhatsApp who encouraged the fight,.


“Jordan lost his life as a result of this pathetic goading on social media, Jordan’s death was as pointless as it was tragic,” he said.

He told the defendant, “Unlike you, he had an innocent outlook on life and did not fully take on board the dangers of knife crime and violence.”

In mitigation, John Femi-Ola, QC, said Akinnuoye was an A-grade student who came from an academic family and had thrown away the opportunity to study pharmacy at Brighton University.