Obasanjo Has Nothing To Worry About - Femi Falana SAN

on June 10, 2018
human rights lawyer and Senior Advocate of Nigeria, Mr Femi Falana, has asked former President Olusegun Obasanjo not to be worried about anything.
He said this during his appearance on Channels Television’s Sunday Politics, which reacting to the recent allegation by the elder statesman against the Federal Government.
Former President Obasanjo had accused the government of allegedly planning to indict him through a series of plans with the aim of silencing him from expressing his concerns over the state of the nation. 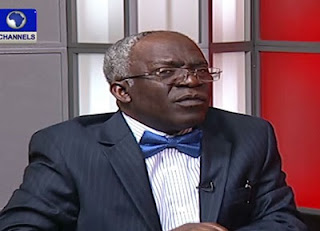 He had also alleged in a statement on Friday that his name was on a security watch list and that the security of his life cannot be guaranteed.
In a swift response to the claims, the Minister of Information and Culture, Mr Lai Mohammed, described the accusations as frivolous, alleging that former President Obasanjo was trying to distract the government.
Falana, on his part, assured the former president to remain calm as the human rights community would ensure he gets justice.
He said, “General Obasanjo has nothing to worry about, we will ensure that his rights are not violated. 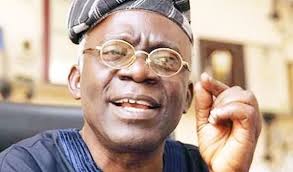 “We are going to adopt the same attitude when he and the late General (Shehu) Yar’Adua and others were tried illegally and sentenced to death.”
The senior advocate, however, said the cannot give such assurance if there are grounds to arrest the former president to account for his own actions.
He noted that in the case of economic and financial crimes, there is no way they can prevent the government from carrying out its investigation. 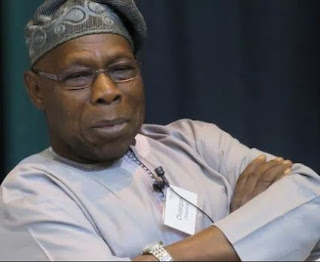 Falana insisted that while Obasanjo had stated that he was ready for a probe, the human rights community would ensure that his rights are not violated within the ambit of the law.
News politics