AUTHORITIES of San Jose, State of Minas Gerais, in Brazil has conferred highest honour of the city on Ooni of Ife, Oba Adeyeye Ogunwusi.

The development came as the monarch implored adherents of traditional African religion to educate adherents of other faith regarding misconceptions about their faith. 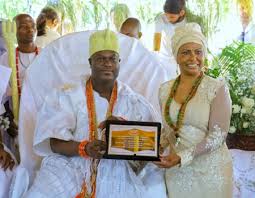 This was contained in a statement signed by the director of media and public affairs to Ooni, Comrade Moses Olafare, which was made available to the TribuneOnline, on Monday in Osogbo.


According to the statement, the honour was conferred on Oba Ogunwusi during a visit to ‘Ile Ase Isegun Itesiwaju Aterosun,’ San Jose by the representative of Mayor of the city, Sergio de Paula.

Further adding that contributions of Ooni to the promotion of religious tolerance globally through his campaign for peaceful coexistence was the criteria for the honour.

Responding, Oba Ogunwusi, who was accompanied by a delegation of 105 people that included 17 traditional rulers, priests, culture promoters, artistes, academics and journalists, commended the leader of the ‘Ile Ase’, Iyanifa Ifadaara and the authorities of San Jose for promoting peace among people of diverse faith residing in the city.


He urged people of other faith to seek for information about traditional African religion and advised them to desist from alleged unwarranted attacks of the religion, stressing that “if we are not attacking them for worshipping God in the manner they like, they should not stand in our way too. They should allow us to worship God in the manner we like too”. 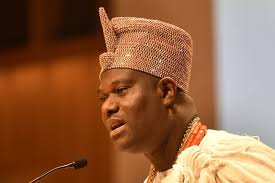 “Let us show love to those that hate us. Love conquers hate. More importantly, let’s us educate those attacking us. They don’t know what we do. And we owe them that duty to explain to them why we worship God the way we do”, the statement added.

Earlier in her welcome address, Iyanifa Ifadaara informed her guests that the worship centre has several adherents converging weekly to worship, just as she pleaded with Ooni to visit Brazil on regular basis and work more towards uniting various interests among Afro-Brazilians community in the Latin American country