Pastor Who Killed Sex Worker For Ritual Has Been Apprehended ( pictures)

A pastor and his accomplices Mike and Stephen were arrested on the early hours of Friday for killing a sex worker in kogi State. 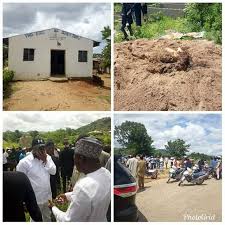 The deceased person was a sex worker from a popular hotel called "Hollywood" was allegedly killed by Mr Segun a celestial church pastor in Ozuri,  Adavi LGA in Kogi State in a bid to use her body parts for ritual purposes.

The victims head,  breasts, legs,  and one hand were cut off and buried at the alter of the pastor's Church while the remaining butchered body part was buried in a bush closes to the church building. 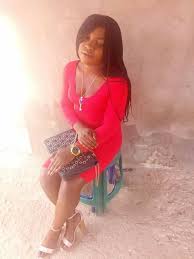 The deceased, whose name are not yet known is said to be a Tiv girl who left Benue state for kogi state in search of greener pastures did that without the consent of her parents.

While interrogating the suspects,  the accomplice of Mr Segun confessed that the pastor promised to give them N700,000 if they can bring him a girl to be used for ritual purposes.

The police are however still investigating and hunting others who are involved in the devious act.

More pictures of the incident Below : 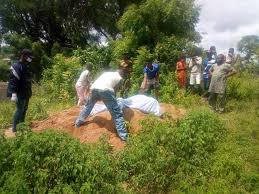 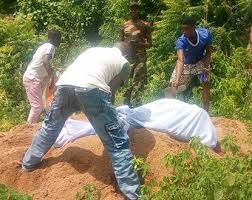 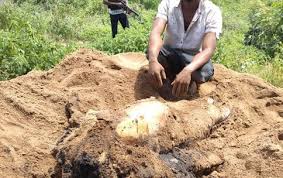 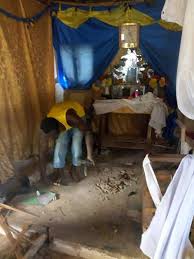