on June 11, 2018
There was confusion yesterday in Agege area of Lagos when military men besieged the Abattoir Police Station in the area after a task force officer from the station allegedly shot an army officer during rush hour traffic. 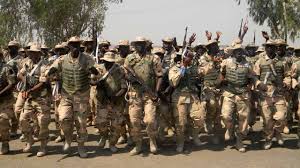 An eyewitnesses who spoke said, the army officer in trying to avoid the Monday morning rush hour traffic on the Agege- Oko-Oba road drove against the traffic and was immediately accosted by the Abattoir Police Station task force officers.

According to a tricycle rider who witnessed the altercation, the army officer who was in his uniform was trying to come down from his car before one of the police officers dragged him out and slapped him.

He added that the state of confusion the incident threw the area drew the attention of the other police officers to the scene and as they struggled to pull the policeman off the army officer. 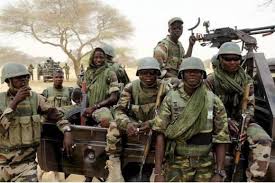 The gun of one of the policemen was said to have went off and hit the army officer’s leg, making lots of pedestrian to scamper for safety.

It was reported that the wounded army officer had disarmed the policemen before calling on some of his colleagues to take him to the hospital. The taskforce officers had by then fled the scene.

Efforts to speak with the Divisional Police officer was not successful as his office was locked and the police station deserted by the police officers.
News