on June 26, 2018
President Muhammadu Buhari says the Federal Government is committed to boosting Nigeria’s economy through Agricultural revolution and is already recording progress.

The President made this statement on Tuesday while commissioning the automated rice seed and seedling factory in Cross Rivers State capital, Calabar.

“When we assumed the reins of leadership of our dear country, this administration launched a zero oil economic roadmap as a way of making our country less dependent on oil while encouraging investment in other sectors of the economy, particularly agriculture.

“Indeed this factory speaks loudly about the giant strides we are making in agriculture as a country. This monumental project for which we are gathered here today is a marvel to behold.” 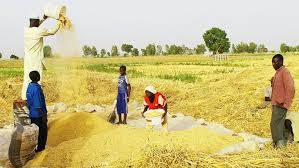 The automated seed and seedling factory is believed to be the first in Africa and the President is confident that the seedlings from the factory will improve rice production and sufficiency nationwide.

“The factory which is said to be the first in Africa is an automated plant with a capacity to produce high yielding vitaminised and disease resisting rice seedling.

“What we expect is that the seedlings from this factory will improve rice yield from current nation three to four tonnes to about nine to 10 tonnes per hectare to ensure rice sufficiency in the country,” he said.

“I must say that visiting the state (Cross Rivers) for the second time within three years in connection with people oriented and the flagship project of Governor Ayade is very welcomed and very satisfying to me.”