on June 14, 2018
Losing Five Goals to nothing is a huge failure to start with this world. 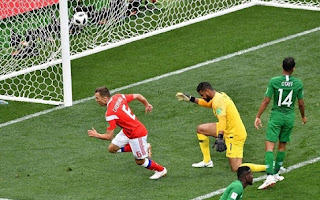 The hosting Nation beat Saudi Arabia  5-0 in the opening game of its home World Cup.

Yuri Gazinsky scored on a header 12 minutes in, and afterward Saudi Arabia could offer little resistance.

Russia’s second, third and fourth goals were all by substitutes: one by Artem Dzyuba and two by Denis Cheryshev. With time running out, Aleksandr Golovin got a fifth goal on a free kick, past a badly tired Saudi defense. 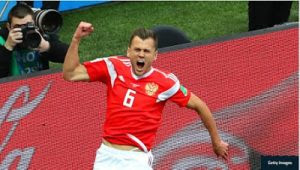 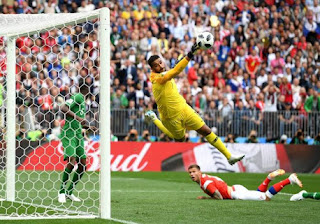 Saudi Arabia, a team whose players are virtually all based in their obscure home league, offered an air of mystery. But that was before the game.

It became clear very quickly that they were no match for a Russian team that itself has not been a worldbeater in recent years.
Sport News