on June 16, 2018
The emergence of President Muhammad Buhari led administration was followed by the hunting and clamp down of major shot shooters of the previous administration under Former president Olusegun Obasanjo and Former President Goodluck Ebele Jonathan's of the People's Democratic Party PDP.

The incarceration of top shots illuminated the prisons, made the plight of inmates known and in some cases brought meaningful changes as in the case of the Jos prison where the presence of Senator Jonah Jang, a former governor of the state, led to the restoration of power supply.

While some enjoyed their confinement alone in prison, a few had the opportunity to pass nights with their family members. A case in mind was that of a former governor of Jigawa State, Sule Lamido, who was at the Kurmawa prison in Kano with his two sons.

most of the politicians so far remanded in prison are being tried for corruption crimes committed in the previous administration.

Two convictions have been secured under this administration, though the trial of the affected persons started long now.

Besides  Those who have been to prison, there are others who are on self-exile in an effort to dodge the net of anti-corruption agencies. In this category are the former chairman of the PDP, Adamu Mu’azu, a former Petroleum Minister, Diezani Alison-Madueke and Jamila Tangaza, a former director of the Abuja Geographic Information Systems (AGIS). 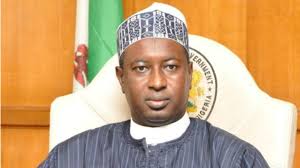 Mukhtar Ramalan Yero, a former governor of Kaduna State was recently sent to prison. Within five years, Yero without contesting an election became a commissioner, deputy governor and governor.

Yero, who rose from a finance director in Namadi Sambo’s firm ( Nalado Nigeria Limited) to became commissioner for finance in 2007, deputy governor in 2010 and governor in December 2012 following the death of Patrick Ibrahim Yakowa in a helicopter crash, spent about a week at the Kaduna Convict Prison.

He was in detention from May 31 to June 6, 2018 together with a former chairman of the PDP in the state, Abubakar Gaya-Haruna; a former Secretary to the State Government Hamza Ishaq and a former Minister of Power, Nuhu Somo Wya. They are standing trial over an alleged case of fraud instituted against them by the Economic and Financial Crimes Commission (EFCC). 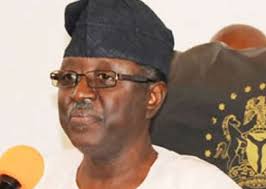 A former governor of Plateau State, retired Air Commodore Jonah David Jang, was a ‘special guest’ at the Jos prison where he spent eight days.

The presence of Jang, the senator representing Plateau North Senatorial District, led to the restoration of power supply at the prison.

Jang who was a military governor of Benue, defunct Gongola and Plateau states between 2007 and 2015, is facing a 12-count charge of diverting N6.3bn alongside a former cashier in the office of the Secretary to the State Government, Yusuf Pam. He pleaded not guilty.

#3 Bala Ngilari: A convict with a choice 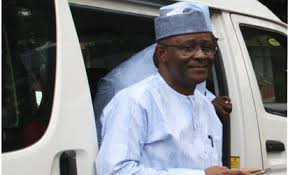 Perhaps, the case of a former Adamawa State governor, Bala James Ngilari, was the first conviction recorded under this administration.

In March 2017, Ngilari was jailed and convicted for failing to adhere to the procurement laws of the state. In a 75-minute long ruling, Justice Nathan Musa found the former governor guilty of four charges and discharged him on one, which bordered on conspiracy. He sentenced the former governor to five years in prison. 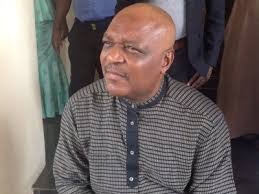 After over a decade trial, Reverend Jolly Nyame, a former governor of Taraba State, was convicted and sentenced to 14 years in prison for misappropriating funds while in office.

Justice Adebukola Banjoko of the High Court of the Federal Capital Territory in Gudu, Abuja, sent Nyame to jail for criminal breach of trust by misappropriating N1.64bn preferred against him by the EFCC.

Born in 1955, Nyame was governor of the state from January 1992 to November 1993. He also governed the state from May 1999 to 2007. His conviction was one of landmark successes of the EFCC in recent times.

#5 Nwaoboshi, a senator in Kirikiri! 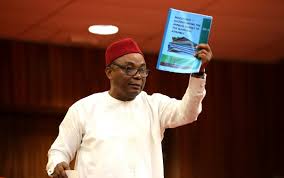 For 48 hours, Peter Nwaoboshi (PDP-Delta North) was a guest at the Kirikiri maximum security prison over an alleged N805m fraud preferred against him by the EFCC.

Nwaoboshi who chairs the Senate committee on NDDC was arraigned alongside two companies - Golden Touch Construction Project Ltd and Summing Electrical Ltd - on a two-count charge of fraud and money laundering before Justice Mohammed Idris. The Delta lawmaker was granted bail on self recognition.

#6 Lamido and sons at Kurmawa prison 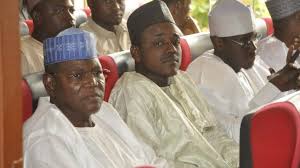 Shortly after this administration came on board in July 2015, a former governor of Jigawa State, Sule Lamido and his two sons, Aminu and Mustapha, were remanded in Kurmawa prison on money laundering charges to the tune of N1.351bn.

Theirs was a family affair as the court was told, the money was laundered through four companies belonging to Lamido and his sons. The companies are Bamaina Holdings Limited, Bamaina Company Nigeria Limited, Bamaina Aluminum Limited and Speeds International Limited. It was gathered that the former governor was allotted the same cell as his children. Investigation into the case predated the Buhari administration. He is one of the politicians in the PDP eyeing Buhari’s seat. 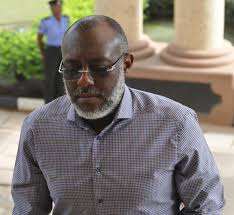 A former spokesman of the People’s Democratic Party (PDP), Mr. Oliseh Metuh, was in the Kuje prison in Abuja over alleged money laundering.

The EFCC is accusing him of receiving N400 million from a former National Security Adviser, Sambo Dasuki, believed to be part of $2.1 billion meant for arms procurement during the previous administration. The case is still on even as Metuh at different times appeared in court on stretcher. 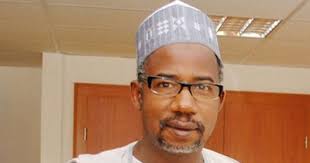 A former Minister of FCT, Senator Bala Mohammed and his son, Shamsudeen, were at different times kept at the Kuje prison over allegations of financial misconduct. 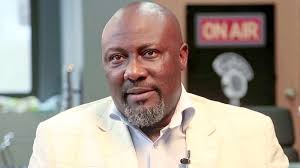 For Senator Dino Melaye (APC, Kogi), luck and health saved him from going to prison as he was only remanded in police custody.

His was not a corruption case but criminal conspiracy and unlawful possession of prohibited firearms, among others. His case led to the summon of the IGP, Ibrahim Idris trice by the Senate and in all he snubbed the lawmakers, a development that made the Senate declare him as an enemy of democracy and unfit to hold public office within and outside the country. 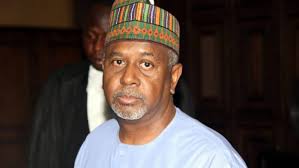 A former National Security Adviser, Colonel Sambo Dasuki, has spent 31 months in detention over allegation of mismanagement of $2.1bn meant for the purchase of arms. Most of other corruption cases involving top shots had their root in the Dasukigate as it is now known. Among those who allegedly participated in the sharing of the arms money are former governor of Sokoto, Attahiru Bafarawa, his Kano counterpart, Ibrahim Shekarau, Raymond Dokpesi, Bello Haliru and son, Musliu Obanikoro and son. 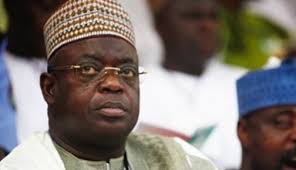 A former governor of Niger State, Babangida Aliyu, has been held by the EFCC over allegations of abuse of office and money laundering.

The Chief Servant, as he was called during his reign, is alleged to have diverted N2 billion ecological funds for political purposes. 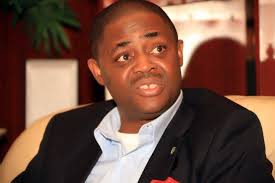 On same day in June 2016, a former Minister of Aviation Femi Fani-Kayode and that of Finance, Nenadi Usman, went to separate prisons on remand after they appeared at a court in Lagos over an alleged N4.9 billion fraud. They were arraigned before Justice Sule Hassan by the EFCC on a 17-count charge. While Fani Kayode was sent to Ikoyi prison, Usman was taken to Kirikiri prison as Ikoyi prison does not have facilities for female inmates. 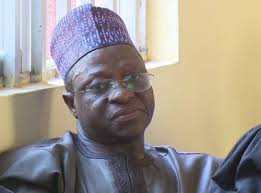 The latest of all is the case of Senator Joshua Dariye (APC, Plateau Central) who was on Tuesday sentenced to 14 years in prison over criminal breach of trust and two years for misappropriation of public funds, to run concurrently. Dariye, who defected to the APC in September 2016, was sentenced by Justice Adebukola Banjoko of the FCT High Court. He is the first member of the ruling party to be convicted. Out of the 23 count amended charges, he was found guilty of 15 bordering on criminal breach of trust and misappropriation of public funds. He was discharged on eight of the charges. Recall that the lawmaker was first arraigned in July 2007. The case which has to do with N1.16bn fraud had been on for over a decade.
News politics