See What Senegalese Did After 2-1 Victory Over Poland (photos)

on June 19, 2018
The Senegalese fans have been hailed after cleaning up the stadium 40 minutes after their game against Poland. 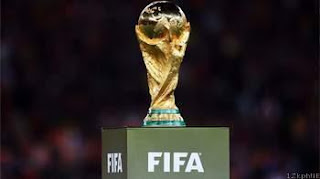 The fans showed their civil side by cleaning up the stadium joyfully as they celebrated Senegal's 2-1 win over Poland in their opening game of Russia 2018 World cup. Senegal recorded Africa’s first win at the ongoing tournament.

Coached by Alou Cisse, the captain of the Senegalese side which shocked France 1-0 on their road to the quarter finals of the Korea/Japan 2002 World Cup, the Teranga Lions of Senegal scored in both half to record an impressive win.

Led by Liverpool’s Saido Mane, the West African country which is the highest ranked African nation in the FIFA rankings opened their World Cup account through an own goal by Brazil-born defender, Thiago Cionek on 37 minutes.

Senegal, in only their second World Cup appearance since their 2002 impressive debut, however, held on to record an impressive win over the shell-shocked Europeans. 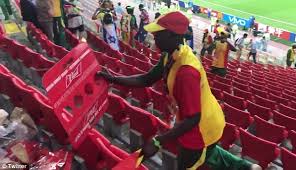 They will look to take control of Group H when they meet Japan, who earlier recorded a surprise 2-1 win Colombia, on 24 June. 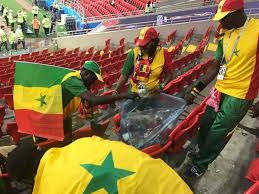 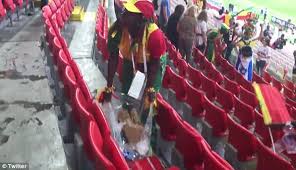 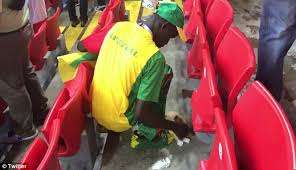 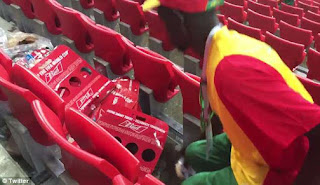