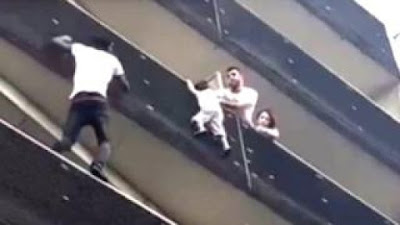 Last week ended with the dramatic rescue of a child hanging on the balcony of a six storey apartment building in Paris by a hero people referred to as the Parisians Spider Man.  This incident became an attraction to residents and passers by of the 18th bloc of arrondisement In northern Paris when they saw a 4 years old  boy hanging on the balcony of an apartment in the street.  Fortunately,  the incident which would have ended tragically was rescued by a Malian named mamoudou gassama when he skillfully scaled 4 floors of the apartment and successfully rescuing the dangling boy.  His athleticism had left the world in awe.  Gassama who is a 22 years old Malian who is said to be an illegal migrant in France has been granted a French nationality and has also earned himself a job in the fire department of Paris after signing a contract of agreement. 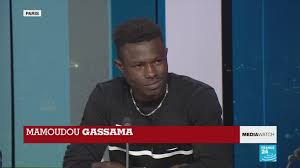 However, the father of the child is is been prosecuted and will face the court for his due act of carelessness and negligence by leaving his child while he went shopping .