TRAGEDY: The Death of a Family of Five

on June 07, 2018
A Family of Five which includes the father, mother, three children and a family friend has been recorded to have died under a mysterious circumstances in the Aiyepe Road, Shagamu Ogun State. 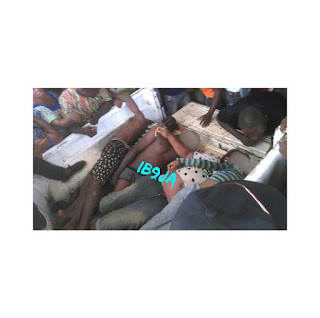 This Tragedy occurred during the late hours of Wednesday. The deaths were reported to have occurred the very first night the family spent in the house belonging to them.

However the unexplainable circumstances of the deaths,  there are possibility that the house might have been fumigated with some strong lethel chemical.

The neighbors narrated that they had earlier perceived a toxic odour coming from the apartment on Thursday morning,  this which prompted them to check for To residents.

The residents on realising the deaths raised alarm which brought the police to the scene.

In the light of this,  the police public relations officer of Ogun State confirmed the incident and promised that investigations would get them to the root of the matter
News