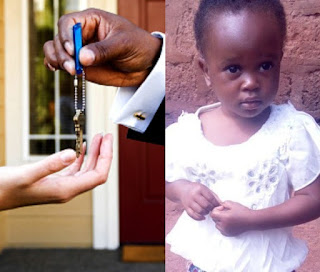 The two kids whose names were given as  Amada aged four and Christable aged two, were left in the custody of the tenants by their mother who went to the stream to wash her clothes. The distraught parents who made inquiries after the tenants disappeared, were told by residents of the village that they saw them stopping vehicles on the highway and they thought they were taking the children out as usual. When their room was broken into, it was discovered that they took their few belongings and vanished.

Mother of the missing children, Faith Osaruoname who spoke to newsmen in Benin said that she always leaves her children with the tenants whenever she is going out. However on this occasion, after she went to the stream with her eldest daughter and she came back, she was told that the tenants went out with the children.

She added that it dawned on her that the tenants have fled with her two daughters, after her husband returned.

“I thought the girls will soon return home with my children so I went to cook. After cooking, I wanted to go and get some water again when my husband came back.

“He asked me about the children and I told him they went out with the tenants. I later ran out to look for them but did find them. I have been calling the numbers of those girls and they were switched off.”

The Nation reported that the Father of the children, Omokpia Osaruoname, said he has reported the matter at the Okada Police Division. 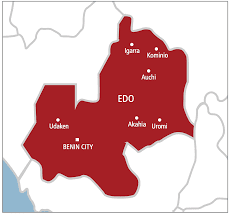 Omokpia said he was surprised when his two daughters did not come out to welcome him home. He stated that he was further shocked when his wife told him she has not seen the children since when she returned from the stream.


“One is a hairdresser. They don’t have any shop. They begged me to give them a shop in my house and I told them to wait till the end of the year. Some boys in our area who are their boyfriends used to come and see them.

“They said their brother lives in the next village but I have not seen him before. I don’t have their photographs; I don’t know anything about them. They don’t have any property except for carpet, curtains and few clothes.”
News