on June 25, 2018
Afeez Baruwa, a former part-time lecturer at the University of Lagos, is set to commence his defence on September 17 against a charge of rape of an 18-year-old admission seeker.

Justice Josephine Oyefeso of an Ikeja High Court gave the date after the case came up for mention on Monday.

The lecturer was represented by Taiwo Akindele while Y. G. Oshoala is the lead prosecutor for the state.

Two witnesses are to testify in the September trial in defence of Mr Baruwa.

The prosecution had on January 23 closed its case against the former lecturer.

Four prosecution witnesses had testified during the trial, including the complainant, her father, a medical doctor and the Investigating Police Officer. 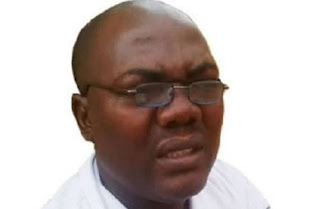 Mr Baruwa, a married father of two and former part-time lecturer in the Department of Accounting at the university, is facing a charge of rape.

The prosecution alleged that the accused raped the complainant at 9.25 a.m. on July 23, 2015 in Room 8 at the Faculty of Business Administration, Annex building, University of Lagos.

Mr Baruwa, who was a friend of the complainant’s father, was requested to help secure admission for her into the institution.

The University of Lagos has, however, put up a disclaimer in respect of the lecturer.


The offence violates Section 258 of the Criminal Law of Justice, Laws of Lagos State, 2011.