on June 23, 2018
The Body of Benchers yesterday approved the use of hijab for law activities such as when fresh law graduates are being called to the bar.

Consequently, this has given the embattled Muslim graduate of law at University of Ilorin, Amasa Firdaus Abdulsalam, the opening to wear hijab at the bar. 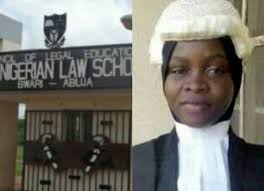 Amasa was denied entrance to the International Conference Centre, Abuja on December 12, 2017 where the call to bar programme was to take place, as she refused to remove her headgear.

The Nigerian Law School had alleged that she was breaking its dress code, but Amasa, who was already wearing her gown, insisted on wearing the wig on her hijab.

A source in the Body of Benchers confirmed the development to The Guardian, saying Amasa had been invited to attend the programme next month.

Director, Muslim Rights Concern (MURIC), Ishaq Akintola, commended the Body of Benchers for reviewing the case and for allowing professionalism to be the deciding factor.He thanked all Muslims who intervened in the matter, saying:

“We are also grateful to the House of Representatives for the positive role it played in the matter.

“We felicitate with all Islamic organisations as well as Muslim brothers and sisters who stood with us all these days, particularly during the aborted public hearing at the National Assembly.” 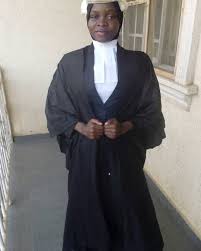 “The news is a victory for procedural justice, rule of law and constitutionalism. Amasa has registered her name as a heroine of Islam.“She demonstrated faith, patience and steadfastness in the face of harassment of Islamophobes in the Law School.”

Stating categorically,  Body of Benchers debunked rumours that Amasa would be allowed to use hijab for her call to bar ceremony, stating that the correct position is that a decision was taken to allow Firdaus Amasa to be called to the Bar wearing a small covering over her hair, The Honourable Justice Zainab Bulkachuwa style.

The statement said the body of benchers is yet to formally decide on any change to the mode of dress code for call to Bar as this has generated much controversy in the legal community.

“The Body of Benchers is yet to consider the report of the committee chaired by Belgore JSC as the said report is not yet ready or ripe for consideration.”

“However in view of the imminent Call to Bar ceremonies in July 2018 and Miss Fidaus Amasa’s petition, a position was taken on the applicant’s current petition on the subject. It was decided that :

– the applicant was indeed rude and impolite to a former CJN Belgore JSC who had intervened at the Call ceremonies but rebuffed by the applicant, and therefore must tender a written apology.

– It was recognized that moslem Judges while sitting wear only head scarf to cover their hair and not partial face covering of any sort, as exhibited by the applicant’s attire. If she will be called therefore, she cannot use more than the hair covering scarf, similar to what female Judges from lower courts to Supreme Court use.


So the reprieve is conditional on the above limitations, not a blanket approval as falsely being circulated,” the statement said. 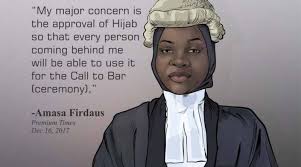