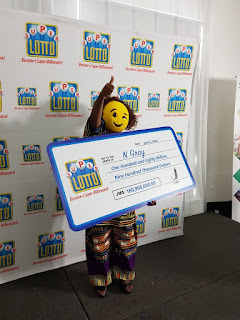 It was a funny scene when a Jamaican lottery winner from Trelawny who won a whopping sum of  $180,900,000 in Jamaican dollars in a May 11 Super Lotto jackpot drawing, hides her identity with an emoji mask as she showed up to claim her price. 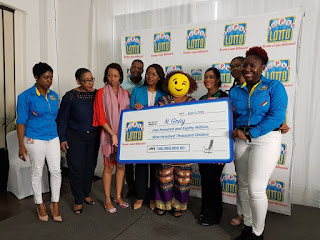 The woman, identified only as N Gray wore a clown mask in response to violent crimes in Jamaica to a press briefing organised by Supreme Ventures Limited (SVL) in New Kingston, where she was presented with the cheque to the ransom.
After receiving the cheque, the woman who started buying tickets in the regional Super Lotto five months ago said:
"I am elated because I was drowning in debt," she Said "I started buying Super Lotto in January... Now [that] I've won, I want to clear my debt, invest and I want to do some traveling. 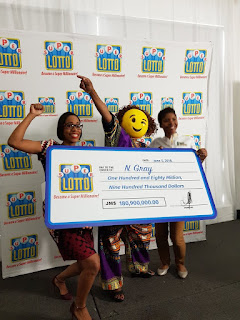 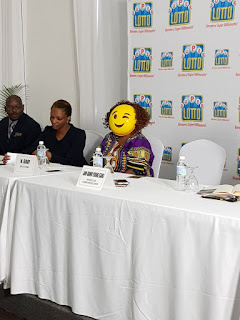 I would like to construct a community center for the youths in my community, so they can engage in something productive; somewhere where they can do information technology."