on June 23, 2018
Zimbabwe's President Emmerson Mnangagwa has narrowly survived an apparent bomb attack at a rally which held in the city of Bulawayo yesterday. 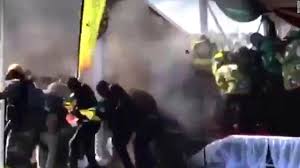 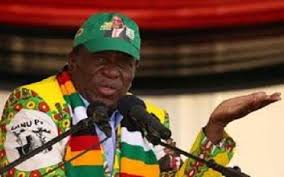 The president and his team which comprised of the vice president and other government officials were at Bulawayo,  an opposition stronghold to campaign ahead of the country's nationwide elections taking place on July 30.

The bomb went off few inches away from the president  as he was leaving the stage where he had earlier addressed his party supporters.

However,  the president escaped the bomb attack unhurt while the vice president sustained injuries on the leg.

Reacting to the incident,  the president said that "An object exploded few inches away from me,  but it was not yet my time to die" 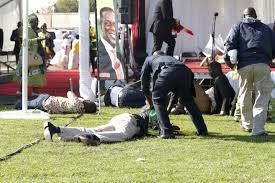 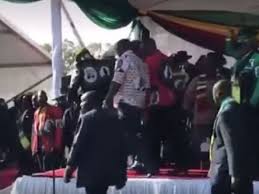 In futher interview of the president,  he said "this afternoon as we were leaving a wonderful rally in Bulawayo,  there was an explosion on the stage. Several people were affected by the blast and I have already been to visit them in the hospital.

While we await further information,  my thoughts and prayers are with those affected by this senseless act of violence. We will not allow any of this cowardly act to get In our way as we move towards elections "

He further advised the people to continue to be united and address their differences peacefully. 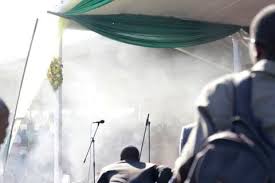