on July 31, 2018
The Police Command in Bayelsa has confirmed the theft of a set of  three-year-old twins on Monday by unknown persons at a motor park in Yenagoa. 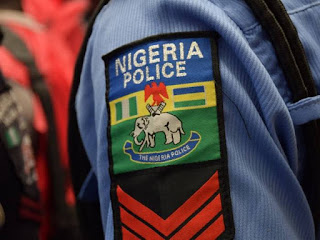 The Public Relations Officer of the command, Deputy Superintendent of Police Asinim Butswat, confirmed the incident in an interview with the News Agency of Nigeria  on Tuesday in Yenagoa.

Butswat said the incident occurred at Ekeki Motor Park in Yenagoa Local Government Area and that it had been officially reported to the command.


“According to the report, the assailants stole the babies and ran to an unknown destination.

“We have alerted our tactical team for investigations and the perpetrators will be brought to book,” he said.

Narrating the incident to NAN, the victims’ eldest sister, Fumi, said it took place at a time their mother, Mrs Modupe Joseph, went to a mini market in the area to buy salt.


She said, “Our mummy went to Etegwe-Tombia area of Yenagoa to buy salt to cook corn.

“The four of us were left in the custody of one Aisha Ahmed at the motor park.

“Suddenly, one man approached me and gave me N200 to buy food for my siblings but I refused and told him that we have already eaten,” she said.

Modupe said that the man persisted and made her to collect the money and proceeded to buy the food.

“Unfortuntely, before I could return, the man had carried my twin brothers away,” she said.

She said that the assailant came in a black Sienna bus, which he parked nearby.

Investigation is however on as the police and the entire public is on the look for both  the abductor and the victims.
abduction Bayelsa News