After The Ban On Codeine, Nigerians Switch To Tramadol

on July 06, 2018
Federal government’s recent ban on codeine due to the destructive nature of its widespread abuse in the country has been undermined by smugglers who have switched to the illegal importation of Tramadol, another equally addictive cough medicine. 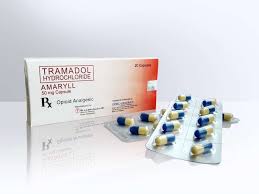 Reports gathered that the federal government had on May 1, this year, banned the importation, manufacturing and distribution of codeine cough syrup due to its devastating effects on those addicted to it.

Codeine is reported to be highly addictive and, if overindulged, over time it causes kidney damage, liver damage, seizures and all kinds of mental disorder.

However, smugglers and drug users who are bent on beating the federal government’s effort to check the menace of substance abuse have shifted their interest to tramadol which is said to produce similar effects to codeine.

In the last one month, over 50 containers of tramadol worth billions of naira had been impounded by drug enforcement agencies and the Nigeria Customs Service (NCS). 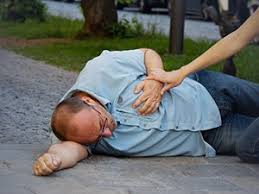 Experts have associated the use of tramadol, a synthetic analgesic, with physical withdrawal symptoms and compulsive behaviour.

It was learnt that drug smugglers now find a way of smuggling the medicine into the country through Nigeria’s porous borders, making it difficult to clamp down on the abuse of tramadol among the youth.

The shift in the usage of the substance recently forced the Ebonyi State government to totally proscribe the sale of tramadol and codeine.


This followed the failure of many natives of the state to pass the medical screening of various security and paramilitary outfits during job recruitment exercises conducted recently in the state.

Nigeria has a high rate of drug addiction and substance abuse which has risen to epidemic proportions, especially among the youth. The government proscribed the importation and sale of highly addictive drugs like codeine as part of efforts to curb abuse.

Last week, NAFDAC destroyed tramadol and other products valued at N3:5billion at a dumpsite in Shagamu, Ogun State. The seizure was said to be the largest in recent times.


Apart from tramadol, other products destroyed are codeine, illegally imported unwholesome sugar and some counterfeit medicines.

According to NAFDAC Director-General, Prof. Moji Adeyeye, the street value of tramadol seized alone was N1.7billion.

She said the tramadol containers were intercepted mainly at Tin Can Port in Apapa, Lagos.
On June 23, the National Drug Law Enforcement Agency (NDLEA) also intercepted 102,090.48kg of Tramadol, a psychotropic drug and opiate derivative banned by the federal government.

The NCS however assured that it would henceforth be stricter on prevention of smuggling of banned Tramadol substances across the nation’s borders and seaports into the country, even as it promised to deal with the smugglers of banned products in the country.

“We are arresting the smugglers and the substances. We are stepping up our action and it is yielding result and we will continue to do so,” Attah noted. 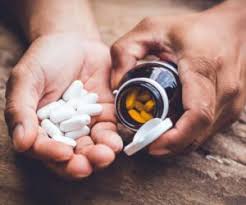 Following the ban on production of cough syrup with codeine, Katsina State governor, Aminu Masari, had urged the federal government to extend the ban to tramadol and other controlled drugs to break the link between the demand and supply chain.

Speaking at a workshop on the menace of youth restiveness and drug abuse in Daura zone organised by the state government in collaboration with Peace Builders Security, the governor who was represented by Secretary to the Katsina State Government, Dr Mustapha Inuwa said


“I commend the bold and courageous decision of the federal government by banning recently the local production and importation of codeine as addictive cough syrup, which is consistently abused.

I urge the federal government to also take urgent steps to extend the ban to tramadol and other controlled drugs with a view to cutting off the link between the demand and supply chain”, the governor appealed.
health News