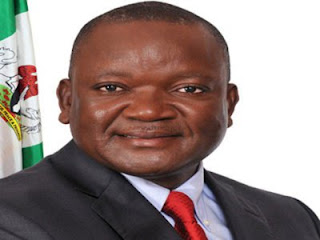 Following several persuasion by the All Progressive Congress (APC) to stop the incumbent governor of Benue State in the North Central part of Nigeria,  the Gentleman has finally taken the bold step by dropping and burning his "APC Garment" and taking a new garment with the People's Democratic Party (PDP).

The governor made his defection formal on Wednesday 25th of July 2018.

We should recall that Governor Ortom was one of the aggrieved members who left PDP during the administration of Former President Goodluck Ebele Jonathan.
defection News party politics