THE Social Democratic Party (SDP) in Osun State has witnessed a push in its  membership as a result of the crisis rocking the ruling All Progressives Congress (APC) and the Peoples Democratic Party (PDP) following the governorship primaries in the two parties, as thousands of the members of the parties have begun to move into the SDP. 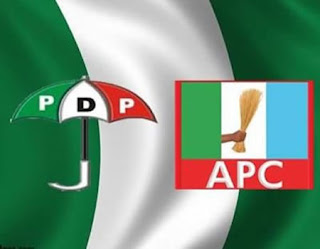 Another beneficiary is the Action Democratic Party (ADP).

This was as chieftains of the APC in the South-West have begun to hold meetings to support the governorship candidate of the ADP, Alhaji Moshood Adeoti, who left APC to actualise his governorship ambition on the new platform, with Newsmen learning that the decision might not be unconnected with the struggle for the soul of theAPC at the national level.


Similarly,  Newsmen gathered that thousands of APC and PDP members who were disgruntled following the “manipulations and underhand dealings that characterised the parties’ governorship primaries,” had begun to join the SDP to support the governorship ambition of a former deputy governor in the state, Dr Iyiola Omisore.


It was also learnt that the Mega Party of Nigeria (MPN); the Restoration Party and about nine other parties in the state “are engaging in discussion with the SDP with a view to teaming up with the party, which remains the only party with a banner without stain.”

Our source was informed by a former Zonal Legal Adviser of the PDP, who is now a chieftain of the SDP, Mr Sunday Ojo-Williams, that PDP and APC members across wards and local government in the state had begun to stream into the SDP following irreconcilable differences in their parties in the aftermath of their controversial primaries.

Speaking with a zonal leader of the APC, who was in Osun for meetings, at the weekend, he explained that the South-West APC leaders’ decision to support Adeoti, the immediate past SSG to Governor Rauf Aregbesola, was borne out of genuine desire to free the state and the South-West from the vice-like grip of one man (name withheld).

Moments after APC leaders from the zone met to fine-tune campaign strategies, the Source said victory was certain for the Iwo-born politician.


After his victory at the governorship election, he is expected to return to APC.

His ambition is also reportedly receiving serious attention “at the right quarters in Abuja, though we don›t have money to throw around like the other side (referring to the APC candidate, Alhaji Gboyega Oyetola).

The source added: “We are APC. We are not going anywhere. We will remain in the party. If our leaders do not know the right thing to do, they will see the outcome. When we are done making Adeoti governor, you will hear more from us.”
Labels: News Osun politics