BREAKING: Fayemi Wins In His Polling Unit. See Break down

The governorship candidate for All Progressives Congress, APC, Dr Kayode Fayemi has emerged winner in his polling unit. 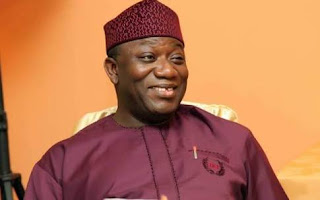 With a total of 345 registered voters, Fayemi got 186 and used a margin of 184 votes to beat his major political rival Prof. Kolapo Olusola of Peoples Democratic Party, PDP.

Recall that when INEC card reader rejected Fayemi’s wife’s PVC, he said that he cannot afford to lose his wife’s vote, noting that it is important to him.
See the result as announced by the polling agent.
APC- 186
PDP – 2
APA – 1
Unused papers – 145
Total registered voters – 34
More details coming in later