BREAKING NEWS: Popular Mad Man Gets His Healing In Ile_Ife From A Muslim Cleric

on July 19, 2018
Reporting Live from lagere area of ile_ife
Osun State as a mad man who has been ill for years is restored back to sanity today.

In the early hours of Thursday the 19th of July 2018, a Man who has been struck with insanity for many years gets his healing through a God sent Muslim Cleric.


The mad man who is commonly seen in the streets of lagere was wandering around as usual when he was approached by an Alfa whom God has sent to him for his healing.

The Muslim Cleric was said to have approached the mad man on request that God has sent him to restore him back to sanity.

Residents and Passers by initially thought that the Muslim cleric whose name is unknown wanted to use the mad man for ritual purposes but he was eventually given access to him to perform his God sent miracles.

The Muslim Cleric when interviewed said he came from the Ancient city of Ibadan in Oyo state. He further revealed that he chose Ile- Ife to heal insane people due to the fact that he was incarcerated in the same town for over One and a half years in Kosere Prison  precisely.

He however said he got his revelation while he was imprisoned and he has taken the course of healing people who are insane.

The scene of such a miraculous healing got the attention of the residents of lagere as traffic was at a standstill.

The healing took place in the front Saint Peter Catholic Church, lagere as the Muslim cleric was seen bathing the newly born Man with a bucket of water,  a sponge and soap.

The essence of this is to cleanse the man completely from insanity.

Below are some of the pictures from scene : 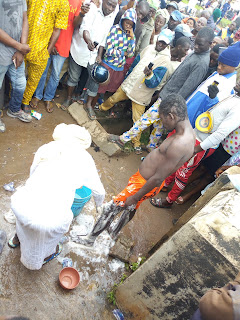 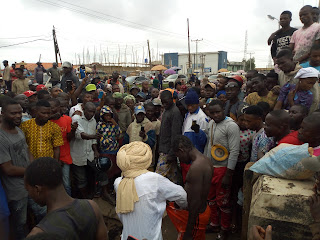 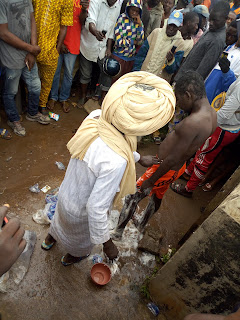 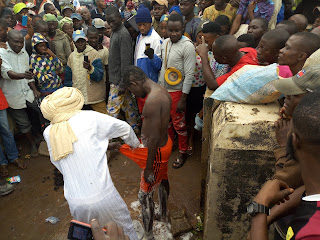