Cardi B Gives Birth To "kulture"

on July 11, 2018
Cardi B, who has quickly risen to become one of the most prominent women in hip-hop, has become a mother, announcing Wednesday the birth of daughter Kulture Kiari Cephus. 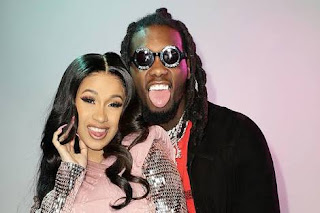 The 25-year-old New York rapper broke the news on Instagram where she posted a picture of herself pregnant, nude and tattooed in a room full of flowers, and said her daughter was born Tuesday.

Cardi B, who previously revealed the baby’s gender, had the child with fellow rapper Offset, one-third of the hard-living Atlanta hip hop trio Migos. He has three other children from previous relationships.

The baby’s name clearly reflects her father, who was born as Kiari Kendrell Cephus. Migos has put out albums entitled “Culture” and “Culture II.”

Cardi B has become one of the biggest new stars on the US musical landscape since the runaway success last year of her song “Bodak Yellow,” which touches on her former life making ends meet as a stripper.


A Bronx native whose real name is Belcalis Almanzar, Cardi B recently returned to number one on the US singles chart with “I Like It,” which nods musically to her Latin heritage. 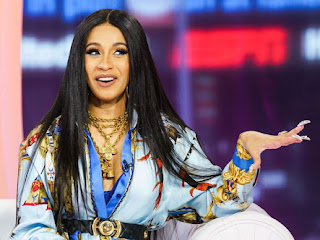 Cardi B initially kept her pregnancy under wraps before showing off her baby bump in an April television performance on “Saturday Night Live.”

She went ahead afterward with a performance at Coachella, the leading US music festival, where she briefly twerked despite her belly on a stage whose pole dancers alluded to her past.

She recently confirmed reports that she secretly married Offset. Cardi B — whose debut album is entitled “Invasion of Privacy” — voiced anger at the news coming out but said “at least ya can stop saying I had a baby out of wedlock.”
Entertainment Foreign