on July 20, 2018
An Igando Customary Court in Lagos State has dissolved the five-year-old marriage between Mr Chukwuma Onwumere and his wife, Obianuju, following the respondent’s threat to the petitioner’s life by always twisting his testicles anytime they were fighting.

The court president,  Mr Moses Akinniyi, in his judgment said both parties  were tired of their marriage, adding that all efforts to reconcile them had failed.

“Since both parties consented to the dissolution of their marriage, this court has no choice than to dissolve the marriage.

“The court pronounced the marriage between Mr Chukwuma Onwumere and Mrs Obianuju Onwumere dissolved today. Both parties, henceforth, cease to be husband and wife.

“Both are free to go their separate ways without any hindrance and molestation,” Akinniyi ruled.


According to the The News reports Chukwuma had earlier told the court that his wife was a threat to his life.

“My wife wanted to kill me by always grabbing my testicles anytime we were fighting.

“Apart from twisting my scrotum, she was always hitting me with dangerous weapons over trivial issues.

“She once cut me with a machete on my head during one of our fights,” he said. 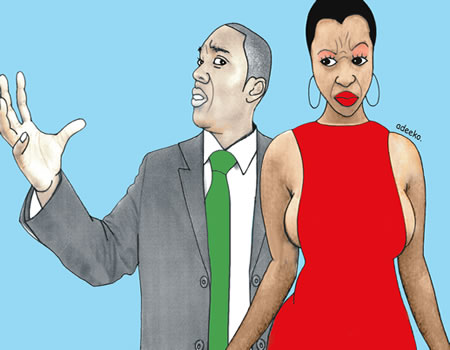 The 43-year-old petitioner said that his wife was in the habit of going out and returning at will, adding that each time he cautioned her, she would engage him in a fight.

Obianuju also said that his wife was fond of disrespecting him and his relations.

He, therefore, implored the court to dissolve their five-year-old marriage, saying that he was no longer interested in the relationship. 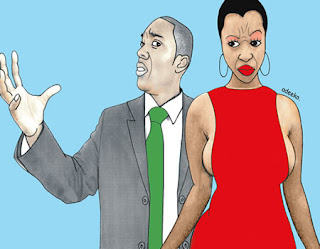 Obianuju  who was the respondent in her submission  denied all the allegations leveled against her by the petitioner.

She said that her husband was actually a threat to her life.

“My husband was always beating me; all the scars on my body were as a result of his battering. There was a day he beat me and one of my teeth went off.

“There was also a night while sleeping that I saw my husband with a charm in his hand, moving round my bed and reciting some incantations.

“I quickly stood up from the bed, but he left my room and placed the charm at my door step,’’ the respondent said.

The mother of two said that her husband moved her belongings to her village on the allegation that she had witchcraft.

“My husband took my property to my parents, saying that he was told by a spiritualist that I am a witch.

“He told my parents that he was no longer interested in our marriage,” she said.

She also denied the allegation that she attacked her husband with a machete, saying there was no machete in their matrimonial home.

The respondent, therefore, pleaded with the court to grant her husband’s wish by dissolving the marriage.
divorce marriage News