on July 21, 2018
Nigerian singer, B-Red and member of the HKN music group has reacted to the election of his father, Dr. Ademola Adeleke as the Gubernatorial Candidate of the Peoples Democratic Party in the Osun State 2018 election. 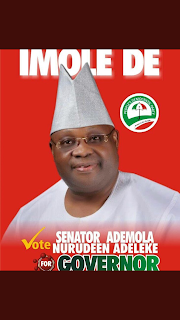 Recall that Ademola Adeleke contested as the replacement of his brother, the late Senator Isiaka Ademola after his untimely demise last year which he won.

The singer took to his social media page to congratulate his father.

Also on a similar way,  Davido has congratulated his uncle via his twitter account when he posted that: 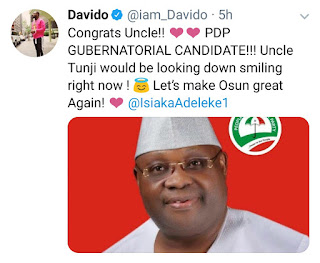 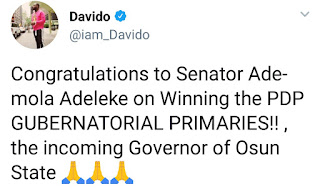