on July 27, 2018
The Lagos State Government on Friday said it will begin the release of dead bodies of victims of the Otedola Bridge tanker explosion to their families for burial on Saturday. 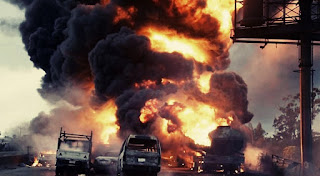 This is after the conclusion of DNA forensic examination conducted by government to ascertain the identities of victims of the tanker explosion which occurred on 28 June, 2018 at the Otedola Bridge, inward Berger area of Lagos.

Twelve people were reportedly dead in the tragedy, out of which 10 burnt beyond recognition were taken for DNA forensic examination.

Commissioners for Health, Dr. Jide Idris at a news conference in Alausa, Lagos, Southwest Nigeria disclosed that the DNA Forensic examination had been concluded and that the remains of the deceased would be released to their families for burial tomorrow.

According to him, all recovered victims’ remains were taken to the Lagos University Teaching Hospital, LASUTH, saying that samples of the incident were picked up by the Lagos State DNA and Forensic Centre, LSD & FC from LASUTH Forensic Pathologists under secured chain of custody. 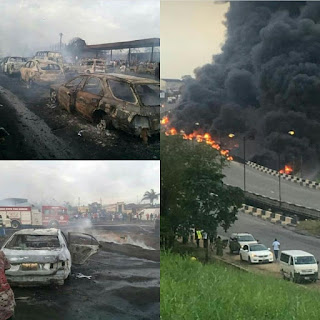 “Collection of these remains will commence from 10am tomorrow (Saturday), July 28, 2018 at the Seminar Room of the Pathology and Forensic Medicine Department of the Lagos State University Teaching Hospital, Ikeja,” he said.

The commissioner added that rigorous effort was made in ensuring that errors were reduced to the barest minimum in order not to compound the agony already being experienced by the bereaved families.

He said the medical care of those injured was still ongoing at government hospitals at the expense of the state government, adding that in all, 10 patients were admitted at government and private hospitals out of which two died, three discharged and five others still on admission.
fuel explosion News