on July 11, 2018
The Federal Government on Wednesday launched the National Campaign Against Fake News. 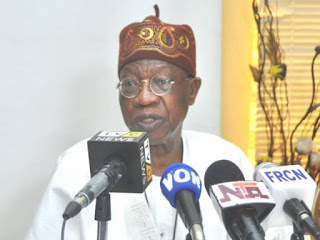 The Minister of Information and Culture, Alhaji Lai Mohammed, at the launch of the campaign in Abuja, described fake news as an epidemic sweeping the world.


He said, “In a multi-ethnic and multi-religious country like ours, fake news is a time bomb. And in recent weeks, many anarchists have been doing everything possible to detonate the bomb.

But for the prudence and vigilance of Nigerians, they – the religious and ethnic bigots among us – would have set the nation on fire, especially over the farmers-herders clashes as well as communal clashes”.
media News