How Christians See Salvation Vs How Muslims See It. 3 Major Differences

on July 03, 2018
Islamic View  VS Christian View   About Obtaining Salvation

The majority of the world’s religious population is made of up of followers of Christianity and believers of Islam.

Both religions have massive global populations. 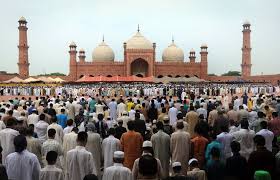 However, there are differences in what they believe and how they approach situations but notwithstanding the differences, there is a level of correspondence between the two religion which includes

* The believe in existence of a supreme being (God)

* The believe in life after death

Putting emphasis on life after death,  both religion preach and advocate for good and Godly conduct here on earth such that what we do here will determine the kind of "life after death we deserve" .

Their processes of obtaining salvation is what differs and those differences between the two monotheistic religions concerning how to obtain salvation we shall discuss below :


1. The Path to Salvation

For a Christian, Jesus is the only way to salvation. And, for him, there’s no doubt about it; it’s just an ingrained belief.

The Bible actually attests to this in Acts 4:12:

“Neither is there salvation in any other: for there is none other name under heaven given among men, whereby we must be saved.”

Now, many Muslims know this is what the Christian beliefs, but their problem with this claim is that Jesus was just like any other man, and a worshipper of Allah; he wasn’t different from all other prophets. Surah 19:30 proves this:

“He (the baby) said: ‘I am the worshipper of Allah. Allah has given me the Book and made me a Prophet.’

‘The baby’ in this scripture is said to be Jesus while he was a child, even though it wasn’t normal for a baby speak clearly and coherently, his speaking seems to prove he was really a Prophet sent from God.

However, the Muslim still beliefs that Jesus being a Prophet isn’t enough proof he is the only way to heaven given he wasn’t the only prophet of God that was revealed to man. 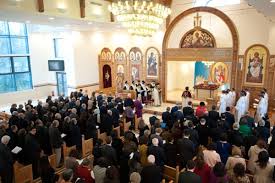 The average Muslim beliefs that salvation is gotten or achieved by one’s works; that is, by one’s own effort to good. This directly contradicts the Christian belief that you don’t work for salvation; it is grace based, not works based.

The scriptural proof pertaining to this for a Christian is gotten from Ephesians 2:8-9 which says,

“For by grace are ye saved through faith; and that not of yourselves: it is the gift of God:  Not of works, lest any man should boast.”

From the Islamic perspective, Surah 11:114 is the point of reference, it says,

“For those things that are good remove those that are evil.”


Is Salvation Open to Everyone?

The Christians believe that salvation is open to everyone; God isn’t withholding it from a certain group of people.

Not only that, it’s accessible to everyone one in the world who wants it at anytime and anywhere. The Bible says in Titus 2:11:

“For the grace of God that bringeth salvation hath appeared to all men.”

“For whosoever shall call upon the name of the Lord shall be saved.”

And, as a result of these scripture references, this is the belief of an average Christian.

However, In Islam, the belief is in antipode to that of the Christians. They belief no one has direct access to salvation only Allah.

And after enough effort of obeying the Sunna (the words of Prophet Mohammed), and worshipping God in the mosque, then one can obtain salvation from Allah.

According to the Quran reference; Surah 2:284:

The last sentence ‘For Allah has power over all things’ seems to corroborate this fact. In other words, no man has power over salvation for himself except Allah gives it to him.