Man Dies While Fighting His Wife Who Is A Police Officer

- The husband of a female police officer is reported to have set their house on fire after a domestic quarrel in a bid to kill his wife. 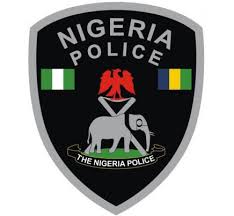 - Having being overpowered by his wife, he used petrol to set the house on fire burning him and their one-year-old son to death

- The officer and househelp escaped with injuries

A female police officer was seriously injured while her husband and 1-year-old son were burnt beyond recognition after the husband set the house on fire following a domestic quarrel on Monday, July 16.

According to Embu County commander, Constable Jane Leruma attached to Siakago police station in Embu County was attacked by her husband who had come to visit.


Amos Lengura, the officer’s husband, and a land dealer had traveled from Ngong to visit his family but on arrival, he knocked the door and started fighting the wife.


The officer managed to escape from the house with burns and was rushed to Embu referral hospital in a stable condition.

The family’s house help Sheila Josephine ,18, said the wife overpowered him, prompting him to set the house on fire.

Colleagues at the station saw smoke coming from the house and an alarm was raised but only the officer and the maid managed to get out of the house, leaving both the husband and the son trapped in the house.

The officer managed to escape from the house with burns and was rushed to Embu referral hospital in a stable condition.

After the fire was put out, the body of the husband and their one-year old son identified as Joel William Lengura were found burnt beyond recognition.

Preliminary reports indicate the husband was in possession of petrol when he went to the house.

The motive of the attack was not immediately established. neither was the value of property destroyed established.

At least three police officers have killed their spouses in the last three days in separate incidents.

Prior to the fatal shooting, the officer went to Jambo Kenya bar and began shooting in the air.

His colleagues followed him up to his residence but before they got into the house, they heard two gunshots and on entering the house, the officer’s wife Irene Chebeti Too ,27, was found lying in a pool of blood

A day later, another officer attached to the Migori Anti-Terrorism Police Unit (ATPU) hacked his wife to death in Kipkelion following a domestic quarrel.

Constable Mathew Kipkoech Bore reported he had a quarrel with his wife, Doreen Chebet Bore saying the wife had grabbed a panga and cut him.