Man Shoots Himself In The Head To Prove His Love (photo) 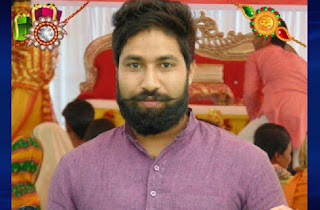 A man, who did not want his daughter to marry her boyfriend, told the young man to shoot himself to prove his love and he did.

Atul Lokhande, 30, from Bhopal, India, was the leader of Bhartiya Janata Yuva Morcha. According to worlwideweirdnews.com.

He desperately wanted to marry the woman, so he complied with her father’s request. He had reportedly been in a relationship with the 27-year-old woman, who is a bank employee, for the last 13 years.

In a Facebook post, Lokhande wrote that his girlfriend’s father asked him to shoot himself in order to show his love for her. He said that the father, who tried to break them up several times, promised to let him marry his daughter if he survived.

The 30-year-old went to the woman’s home, shot himself in front of her and an uncle, who was waiting in a car. Though he survived, he remains in a critical condition especially with doctors fearing he could be brain dead.

The man’s family wants police to charge the father with abetment to suicide. Police said that they are investigating the incident, but so far, no arrests have been made.
Love News