Mikel Played Argentina Under Distress After Death Threat On His Father

on July 03, 2018
John Obi Mikel, the captain of Nigeria’s World Cup soccer team, played in his team’s final, crucial match against Argentina last week hours after finding out kidnappers were holding his father hostage, he revealed on Tuesday. 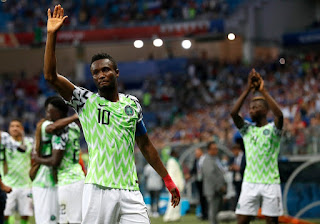 Mikel didn’t tell his teammates or coaches before the game, looping in just a small group of friends outside the team, he said in a statement sent to several news organizations.

He said he had been told his father would be shot immediately if he reported it to the authorities or told anyone else.

The Nigerian police rescued his father, Michael Obi, on Monday from a remote area in southeastern Nigeria, six days after Mikel received a phone call as he was headed to the stadium in St. Petersburg, Russia. 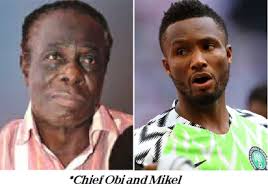 “I was emotionally distraught but had to make a decision about whether I was mentally ready to play the game,” Mikel said in his statement.

“I was confused. I did not know what to do, but in the end I knew that I could not let 180 million Nigerians down.
Russia 2018 Sports