on July 19, 2018
The Government of the Federal Republic of Nigeria unveiled a National Carrier “Nigeria Air” on Wednesday in the United Kingdom. 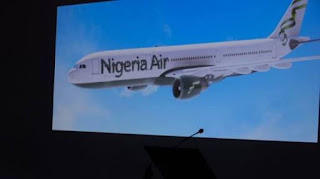 Minister of State, Aviation, Hadi Sirika made the announcement at at Farnborough, one of the biggest Airshows in the world.

“This is an important day for Nigeria. Largest economy in Africa, largest population, GDP of around half a billion dollars, and the only true aviation player in West and Central Africa.

“This will be a National Carrier that is Private sector led and driven. It is a business, not a social service. Government will not be involved in running it or deciding who runs it. The investors will have full responsibility for this. 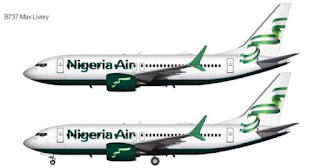 “81 routes (domestic, regional and international) identified for now, for Nigeria Air out of more than a thousand considered.” He said.

The Minister added that government is talking to Airbus and Boeing regarding the aircraft for the National Carrier and will soon announce the negotiations.

However, some Nigerians excited over the development have requested that the airline be run by private organisation rather than the government.


@Carliid “I hope its going to be managed by private hands. Government isnt good with business.”

@Ubon_Isang “The only way Nigeria can effectively sustain a national airline is to allow experience experts from the private sector to manage it otherwise.
Govt & selfish parastatals will run it into the ground.”

@AustinMusa “I would have loved my preferred choice, AirNaija but NigeriaAir would have it. Nigeria Air all the way.”

@BabajideKo “I pray it will not be a victim of the indicipline and corruption of the ruling elites like Nigeria Airways.”

@Omojuwa “The name is not bad. I like the name. NigeriaAir . But all of these are subjective, the real stuff would be seeing it actually work. And seeing it run without NNPC-esque inefficiencies.”

@Femifactor “I have no problem with the logo and branding ( we could have done better though)
But for this #NigeriaAir to work well, the services have to be topnotch,proper maintenance n no rude air-hosts/hostesses.”

@Kolokennethk “I hope ALL govt sponsored trips by public officials and the general public will now be via NigerianAir except it isn’t one of the 84 routes it intends to fly?

I also hope it won’t be subsidised for government, and won’t be like PHCN where outstanding bills run in to billions.”

@Oluwatobifaneye “Honestly this is the only achievement I can record in Buhari adminstration.”

@OluyomiOjo “I am only concerned about one thing now: SUCCESS. IT MUST WORK.
No sane person should pray that NigeriaAir should fail
News Nigeria